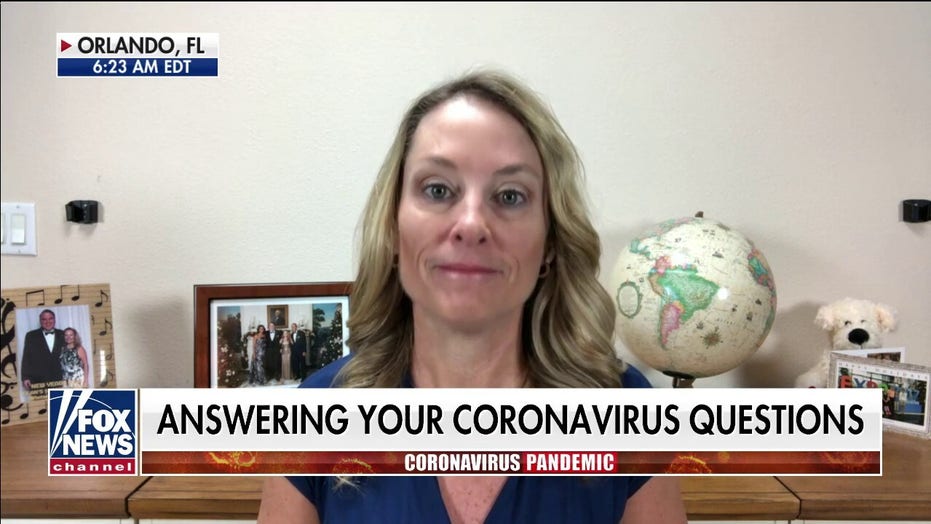 MADRID - A Georgia couple had been traveling throughout southern Spain earlier this month when the trip came to a screeching halt as nine members of their tour party fell ill and were diagnosed with the novel coronavirus.

Sharon Wells, 62, and her husband Craig Carpenter, 55, of Pooler, Georgia, and their party have since been quarantined at the four-star Sol Melia Hotel in Torremolinos, a holiday resort near Malaga.

Sharon Wells, 62, and her husband Craig Carpenter, 55, of Pooler, Georgia, are quarantined in the Sol Melia in Torremolinos, Spain amid the coronavirus outbreak. (Courtesy of Sharon Wells)

“I tested positive but I don’t have any symptoms so I feel quite positive,” Wells told Fox News during a phone interview from the hotel. “I just want to come home and not stay in a country where they hardly understand what we are saying.”

A 70-year-old member of the tour group – who is in intensive care – and the group's Spanish tour guide are being treated for COVID-19 at a hospital in nearby Ronda. She said some members of the group who had originally tested negative have started showing symptoms of coronavirus like night sweats or fevers.

Sharon Wells tested positive for COVID-19, however, she has not shown any symptoms. Her husband Craig Carpenter tested negative. (Courtesy of Sharon Wells)

Wells, a retired nurse, said the members of the tour who have tested negative are separated from other guests who tested positive and served meals in their rooms. They will have a second test on Friday.

“This is not a bad situation,” she said. “At least we were tested quickly and are being well looked after.”

Wells and Carpenter, a retired former computer programmer, had planned a two-week holiday in Spain because they wanted to see the Iberian country. He has tested negative for COVID-19.

As of Wednesday morning, Spain had seen more than 13,700 positive cases of coronavirus - and at least 558 deaths. It is the fourth worst-hit country, surpassed only by China, Italy, and Iran.

Carpenter, a former U.S. Army medic who served in Somalia and the invasion of Iraq, was sanguine about the challenge he faced with his wife.

The couple and members of their tour are quarantined at the four-star Sol Melia Hotel in Torremolinos, a holiday resort near Malaga. (Courtesy of Sharon Wells)

“I have been through the Somalia and Desert Storm so my attitude is if someone is not shooting at me I am okay. It might seem like an extreme attitude but that is the way I view life,” he told Fox News.

Carpenter, who now staying in a hotel room below his wife, passes flowers up to her to keep her spirits up.

“It is challenging. It is a bit like a prison, but then again if you look at it more positively, this is not Siberia," he said. "It is a four-star hotel in Spain with room service.”

Carpenter, who has three children, told Fox News he was concerned about what could happen if both he and his wife had tested positive for the virus in Spain.

“Will they let us back into the United States? I have tried to contact the State Department and the embassy in Spain but they did not answer. I guess they are pretty busy right now,” he said.