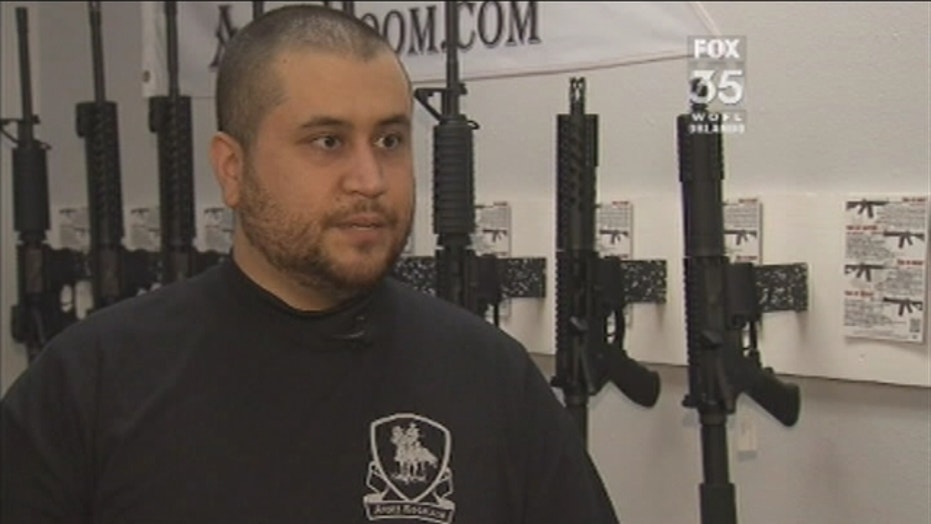 Fox 35 met up with George Zimmerman to talk about why he was at the store and what life has been like after his acquittal. Exclusive Fox 35 interview.

ORANGE COUNTY, Fla. – George Zimmerman made an appearance at a gun store Saturday.

He spent the day at The Arms Store, where around 200 customers stopped by to meet him and take pictures.

Fox 35 met up with him to talk about why he was at the store and what life has been like after his acquittal.

George Zimmerman: "Again, it's to support them. The Arms Room family has gone through a tremendous amount of work to secure the location. Of course I always stay cognizant of the fact that there are threats. The concept of being able to pay them back for what they did for me and seeing my supporters face to face was something I just couldn't pass up."

Fox 35's Valerie Boey: "You have said you still walk around armed, why is that?"

George Zimmerman: "I walk around armed; I walk around with a bullet proof vest; it's not so much for my safety as it is so much for those around me. I can be around my family and something might happen to them. There's children around me, etc. Those threats… I have to be able to defend myself like any American.

Fox 35's Valerie Boey: "Do you think it's appropriate to be here, some may say it's antagonistic?"

George Zimmerman: "I don't worry about people that say it's antagonistic. To be honest with you, like I said, the importance was support the people that supported me."

This is the first time George Zimmerman has made an announced public appearance since the trial. A charity boxing match he was going to participate in got canceled after getting public backlash.

Zimmerman says he did it for charity, giving back to an animal shelter.

"It was a small venue, and it was giving me the opportunity to provide them with much-needed funds," he said.

"It blew up into something much bigger than that as we all know. I withdrew, however, the promoter continued promoting. That's what they do. Unfortunately, it turned into something that it was never intended to be. It was supposed to be a friendly charity event to raise money for a local dog shelter."

Zimmerman recently sold a painting of the American flag for $100,000. He also recently painted a picture of Angela Corey, State Attorney for the fourth Judicial Circuit of Florida.

"I learned through the first few paintings [that] it was a therapeutic release for me," Zimmerman said.

Fox 35 asked him why the painting was of Angela Corey.

Since he was signing autographs and had signed up for a "celebrity" boxing match, we asked if he thought of himself as a celebrity.

In regards to whether he understands why people are still angry with him, Zimmerman says he doesn't.

"No I don't, but I'm willing to talk to everyone and try and answer their concerns or questions, and [have] them realize there's no need to be angry."

Zimmerman says he suffers from post-traumatic stress disorder and has received pro bono treatment from more than one mental health professional.

He also says he currently does not have a home, but rather moves from hotel-to-hotel. As for why he won't leave Florida, he says this is his home and he won't be chased out. In the near future Zimmerman says he intends to continue his education.

Zimmerman wouldn't talk about shooting and killing Trayvon Martin because the Department of Justice investigation continues. He also declined to comment about being in traffic stops by police in Lake Mary and Texas, as well as his two domestic cases, saying his attorney advised him not to comment because of pending litigation.

Fox 35's Valerie Boey: "What do you say to those people who are still trying to heal?"

George Zimmerman: "I hope they pray. I hope they have prospective and find solace however it may come to them."

For more Orlando news,go to My Fox Orlando.