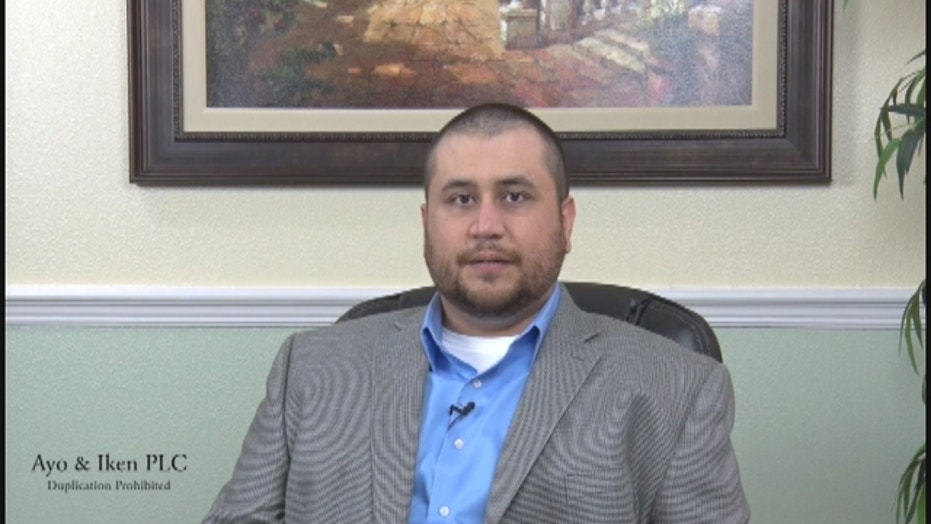 George Zimmerman Releases Video Interview To Show Who He 'Truly' Is

ORLANDO, Fla. – George Zimmerman, the former neighborhood watch volunteer who was acquitted of murder for fatally shooting Trayvon Martin, said in an interview released Wednesday that he's trying to be a good person and he thinks he can help others after what he has gone through.

Zimmerman said in a videotaped interview with his divorce attorneys that he was trying to figure out who he is and he was doing the interview to "show America who I truly am."

During the more than 20-minute interview, Zimmerman, dressed in a gray blazer and blue dress shirt, looks directly at the camera as he sits in an office chair. When asked by an off-camera attorney what his daily life is like, Zimmerman said he worries constantly about his safety.

"The only thing consistent is having to always look over my shoulder and be concerned about others around me," he said.

Zimmerman said he's trying to be a faithful family man but realizes that everything he does, good or bad, is heavily scrutinized.

The video was released a day after Robert Sr. and Gladys Zimmerman, Zimmerman’s parents, filed a lawsuit against Roseanne Barr over comments she made on Twitter.

As reported by the New York Daily News, the couple claims that the 61-year-old comedian was trying to "incite a lynch mob" when she revealed the location of their home to her thousands of followers. Even though Zimmerman was not living with his parents at the time, his parents claim her actions "intentionally inflicted emotional distress" and violated Twitter's terms.

Zimmerman was acquitted last summer of all charges for fatally shooting the 17-year-old Martin in a gated community where Zimmerman lived. Since his acquittal, Zimmerman has had brush-ups with the law following separate confrontations with his now-estranged wife, Shellie, and a former girlfriend, Samantha Scheibe. Neither Shellie Zimmerman nor Scheibe pursued charges against Zimmerman and the investigations ended without an arrest.

The trial over Martin's death last summer raised questions about race and gun control laws and inspired protests around the nation. Martin was black. In the video, Zimmerman described his father as white and his mother as Peruvian and said he grew up in a Hispanic household. He also said his great-grandfather was Afro-Peruvian.

One of Zimmerman's divorce attorneys, Howard Iken, told The Associated Press on Wednesday that the divorce process involves "moving on and having a new life," and that the video's release helps Zimmerman by allowing him to control his message.

"The publicity surrounding him is unfair and misinformed, especially the allegations he is a racist or bigot," Iken said.

In the video made Friday in Orlando, Zimmerman highlights his participation in a program in which he was a mentor to an African-American boy, and he also describes his efforts to raise awareness about a local case in which a black homeless man was beaten by the son of a white police lieutenant.

Zimmerman said some day he would like to be able to go to law school and become a civil rights or defense attorney.

"On a grand scale, I would like to make enough of an impact on the judicial system so that what happens to me never happens to anybody," Zimmerman said.