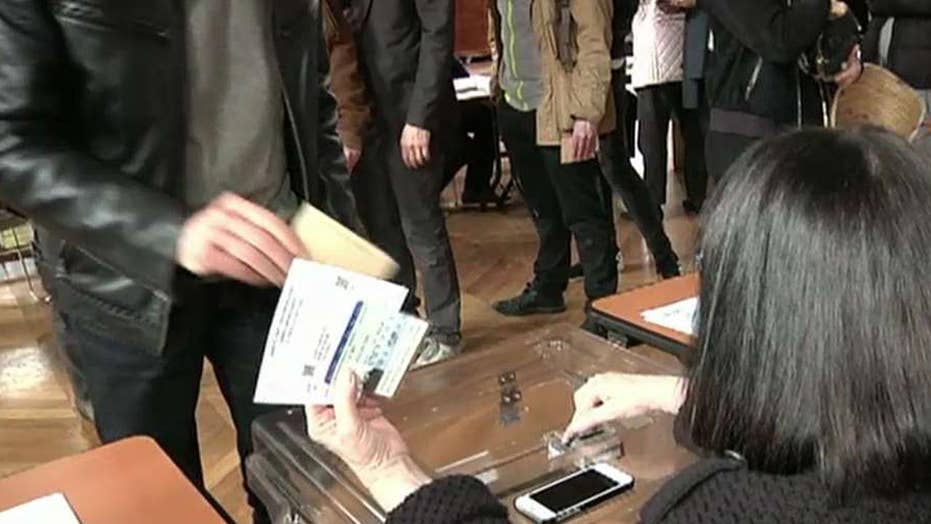 French voters began to flood the polls Sunday under heightened security to kick-off the start of a tense first-round poll that has been seen as a test for the spread of populism around the world.

Security around the more than 60,000 polling stations was tightened up in wake of the deadly shooting on the Champs-Elysses on Thursday, which left one police officer and a gunman dead. The government mobilized more than 50,000 police and gendarmes to protect the polling places and an additional 7,000 soldiers were on patrol.

It is the first time in recent memory that a presidential election, in which 47 million people are eligible to vote, taking place during a state of emergency, which was put in place after the Paris attacks of November 2015.

The vote "is really important, mainly because we really need a change in this country with all the difficulties we are facing and terrorism," said Paris resident Alain Richaud, who was waiting to cast his vote.

Opinion polls point to a tight race among the four top contenders vying to get into the May 7 presidential runoff that will decide who becomes France's next head of state.

Polls suggest far-right nationalist Marine Le Pen and Emmanuel Macron, an independent centrist and former economy minister, were in the lead. But conservative Francois Fillon, a former prime minister, appeared to be closing the gap, as was far-left candidate Jean-Luc Melenchon.

Hard-line right-winger Nicolas Dupont-Aignan, who rails against Europe, was the first of the presidential candidates to vote Sunday morning in his constituency in the leafy Paris suburbs. Far-left candidate Nathalie Arthaud cast her ballot soon after in the Paris suburb of Pantin.

Fillon will vote in Paris, but his wife — who's been handed preliminary charges for her role in the fake jobs scandal that rocked her husband's campaign — voted 250 155 miles away near their 14th century manor house in Sarthe.

If Le Pen or Melenchon win a spot in the summer’s runoff, it will be seen as a victory for the rising wave of populism reflected by the votes for Donald Trump and Brexit.

Macron and Fillon are committed to European unity and would reform labor rules.

Political campaigning was banned from midnight Friday hours ahead of polls opening in France's far-flung overseas territories such as Guadeloupe, French Polynesia and French Guiana, which all voted a day early Saturday.