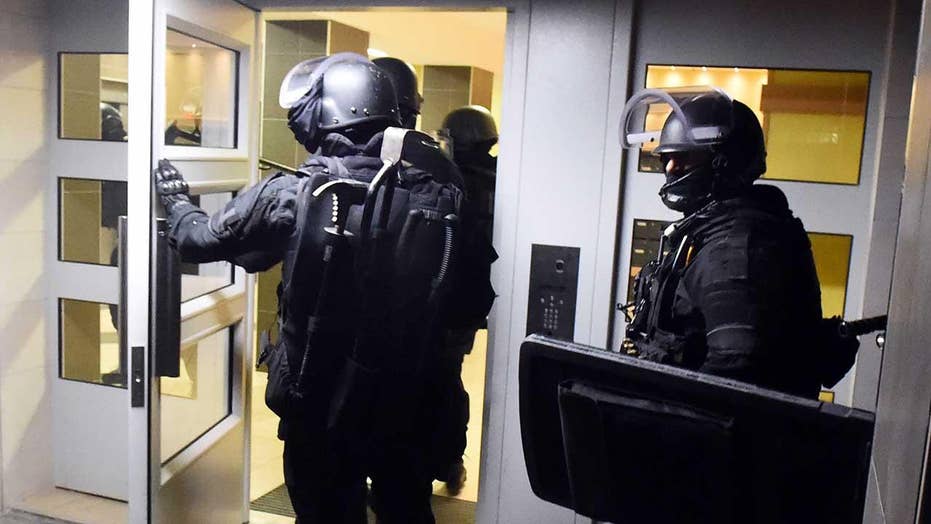 Social media activity suggested an attack was in the works.

The operations were part of an investigation launched in July focused on suspicious activity by a person in Switzerland using the Telegram network, a French judicial official told the Associated Press.

Searches are still underway in the suburbs of Paris and in southeastern France.

Why are France and the U.K. hotbeds for terror?

Why has Europe become a hot spot for terror attacks in recent years? Why have terrorists seemed to especially target Britain and France? #Tucker

Counterterrorism investigators detained nine people in France and one in Switzerland in operations aimed at clarifying details of the suspected plot, the official told the AP. The official, who spoke on condition of anonymity to discuss an ongoing investigation, would not provide details about their identities.

The suspects are between 18 and 65 years old, and include two siblings, BFM TV reported.

The Swiss-based chief suspect had communicated with people in France on social networks about unspecified violent acts, the official said.

The city of Nice, which was the site of the 2016 Bastille Day truck attack that killed 87 people, may have been the target of the latest plot, the Parisian newspaper reported.

A French security official said the suspected plot did not appear to be fully developed but authorities acted Tuesday out of concern that the group was moving toward action.

Among towns targeted in Tuesday's operation were Aix-en-Provence in southern France and Menton on the Mediterranean coast as well as Paris suburbs, according to the security official.

The operation comes days after a new counterterrorism law came into effect to replace a state of emergency that had been in place since deadly attacks in Paris two years ago.