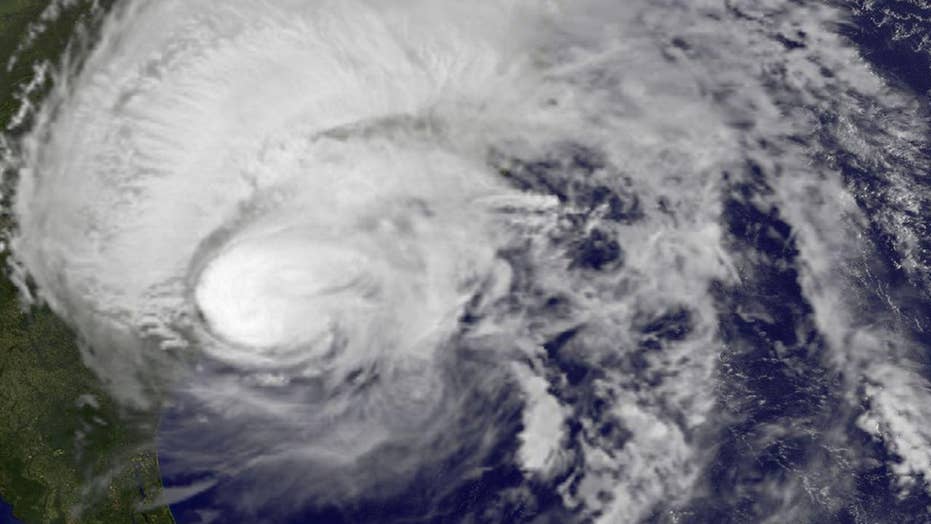 Hurricane Franklin weakened into a tropical storm early Thursday after slamming into Mexico's Central Gulf Coast. But the storm still posed a threat to a mountainous region that's vulnerable to floods and mudslides.

Franklin strengthened into the first hurricane of the Atlantic season on Wednesday. It was the storm’s second landfall on Mexico in the last three days.

It hit near Veracruz, with winds reaching up to 85 mph and is designated as a Category 1 hurricane, according to the National Hurricane Center. It's expected, however, that the storm will weaken once it moves inland.

With a Category 1 hurricane, residents can expect "very dangerous winds" that can result in power outages, structural damage and snapping tree branches, the center said.

Mexico Civil Defense Director Ricardo de la Cruz said Tuesday that the storm’s impact wasn't yet serious. But “the second impact could even be stronger than the first,” he warned.

Forecasters said Franklin could drop 4-8 inches of rain, with some areas seeing up to 15 inches.

Franklin is the first Atlantic hurricane of the 2017 season.