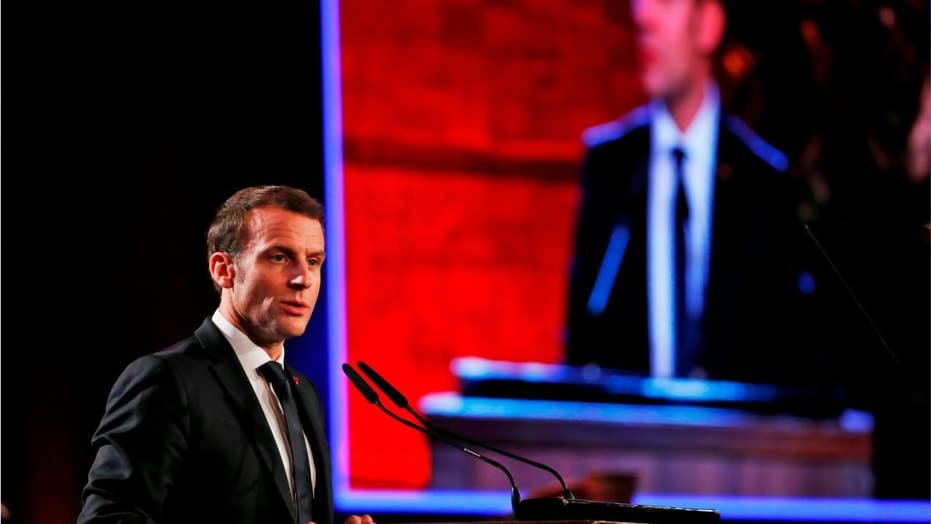 French President Emmanuel Macron is in Jerusalem with other world leaders for a Holocaust memorial event. He was being escorted into the Church of St. Anne when he began yelling at an Israeli security guard.

A new video shows French President Emmanuel Macron berating an Israeli security guard during a visit to a church in Jerusalem.

Macron was being escorted into the Church of St. Anne on Wednesday when the incident unfolded. The Ottomans gifted the structure to France in 1856 — and France considers it a provocation if Israeli police try to enter the property, according to Sky News.

"I don't like what you did in front of me," Macron is heard telling one Israeli security guard. "Go out. Outside."

“Please respect the rules as they [have been in place] for centuries,” he added in a video. “They will not change with me, I can tell you.”

Macron, who is in Jerusalem with other world leaders for a Holocaust memorial conference, later described the altercation as only a “minor irritation” and noted the Israeli guards were supposed to lead him to the door of the church before being replaced by his own, Sky News reports.

But Israel Police and Shin Bet – the country’s security service – said in a joint statement that a discussion took place after Macron arrived and Israeli guards led him inside “based on the terms agreed upon ahead of time.”

"When the president and the delegation finished the visit, he apologized about the incident and shook hands with the security personnel and continued his scheduled visit in the old city with security guards,” their statement added.