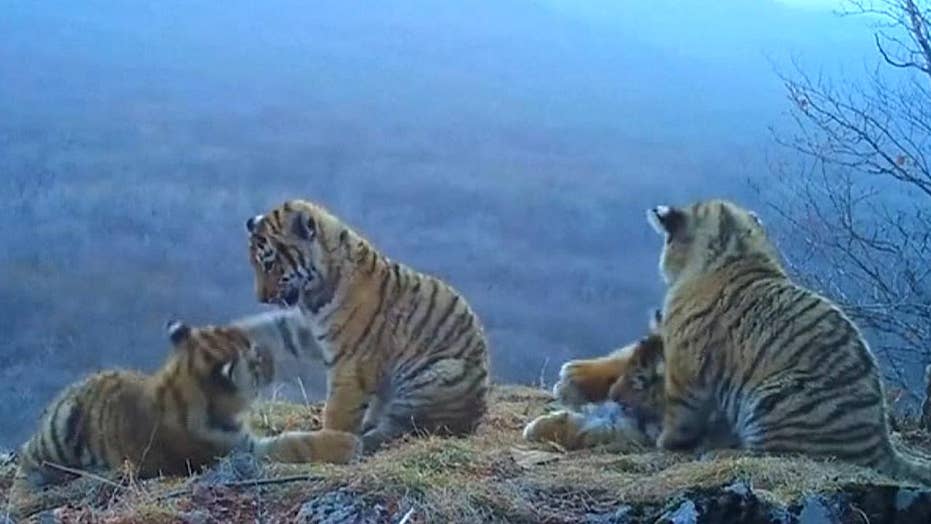 The video, shot in December, was captured on a hidden camera trap installed in the Land of the Leopard National Park in Primorsky Krai, located in Russia’s Far East.

The four cubs were seen playing with each other throughout the day. The cubs were also seen in the early morning with their mother, who then leaves them to hunt.

“For the first time, a phototrap recorded four young cubs of the [endangered] cat on video at once, showing their usual life, full of exploration, games and relaxing rest,” the park said in the video description posted on its YouTube page.

The Siberian tiger is a protected species in Russia. The species has grown from 330 tigers in 2005 to 562 tigers in 2015, according to the Moscow Times.