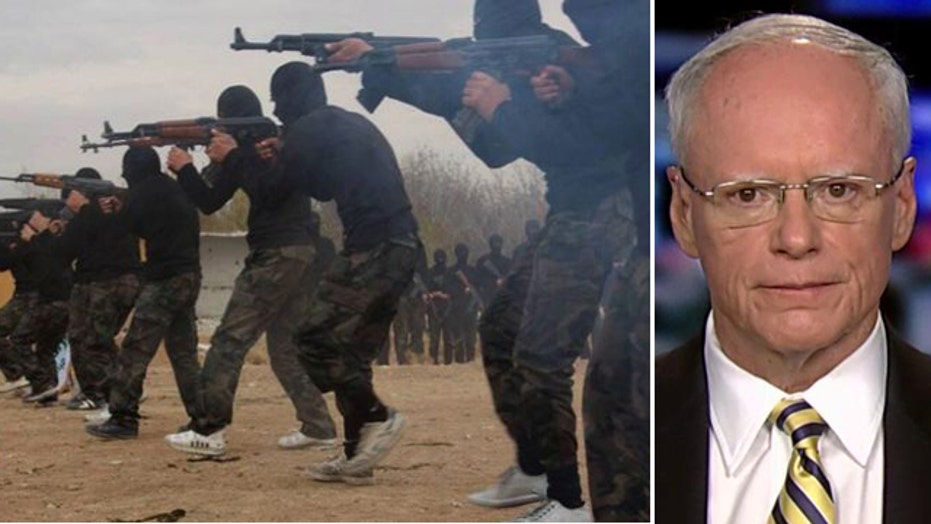 Amb. Jeffrey: 'Sooner or later,' US will fight ISIS

Reacting to the gruesome video of the murder of American journalist James Foley, the former U.S. ambassador to Iraq said Wednesday Islamic State militants are goading this country.

Appearing  on Fox News' "Happening Now," Amb. James Jeffrey addressed the motivation and timing of the video showing Foley's beheading. "What the terrorists are trying to do is to intimidate and to some degree provoke the United States," he said.

"They suffered a major defeat at the Mosul dam. What they are trying to say is: We're back. We're going to pursue our agenda of a total war against the rest of the global community... and we taunt you to do something about this."

Asked how the U.S. should respond, Jeffrey said the U.S. "had a success using air power in the north. He also had good troops on the ground -- both Peshmerga and Iraqi Special Forces out of Baghdad... all the pieces are in play for President Obama to move forward, cautiously, but still move forward on a campaign against these people.

"Sooner or later, we're going to fight them," Jeffrey warned. "Because they want to fight us."