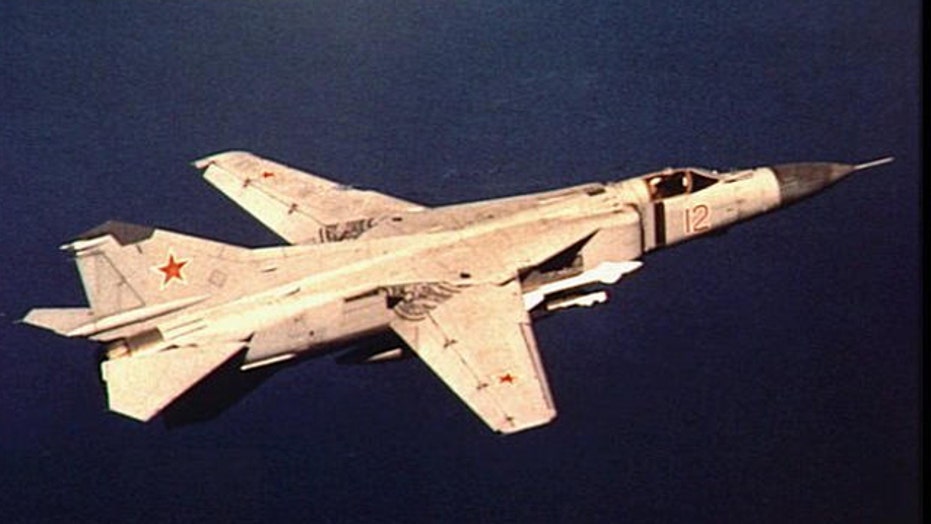 ISIS could be soon taking its terror fight to the sky, after a report that former Iraqi pilots are training Islamic militants to fly captured Syrian war planes.

The Britain-based Syrian Observatory for Human Rights group says some ex-Iraqi air force pilots are training members of ISIS to fly three warplanes—believed to be MiG-21 and MiG-23 jets-- captured from air bases in Syria.

The rights group reported the planes flying over the Jarrah air base in the eastern countryside of the Syrian town of Aleppo this week.

Rami Abdurrahman, director of the Observatory, said the planes have been flying at a low altitude, apparently to avoid being detected by Syrian military radar in the area.

"People saw the flights, they went up many times from the airport and they are flying in the skies outside the airport and coming back," the BBC reported Abdurrahman said.

The report, which could not be independently verified, comes as the U.S. and its allies are bombing Islamic State group bases in Syria and Iraq, where the extremists have seized large swaths of territory.

"We continue to keep a close eye on (ISIS) activity in Syria and Iraq and will continue to conduct strikes against their equipment, facilities, fighters and centers of gravity, wherever they may be," Ryder said.

"We don't have any operational reporting of (ISIS) flying jets in support of ISIS activity on the ground and so I cannot confirm that. And to the degree that pilots may have defected and joined the ranks of ISIS, I don't have any information on that either,"  General Lloyd Austin, head of the U.S. military's Central Command told a Pentagon news briefing Friday.

ISIS is known to have seized fighter jets from at least one air base it captured from the Syrian army in the eastern Raqqa province earlier this year. Militant websites had posted pictures of fighters with the aircraft, but it was unclear if they were operational.

ISIS has regularly used weaponry taken from the Syrian and Iraqi armies and has overrun several military bases but this would be the first time it has had the capability to pilot warplanes, Reuters reported.

Abdurrahman said Islamic State members were being trained by Iraqi officers who had joined the group and who were once pilots under former Iraqi leader Saddam Hussein.

It’s unclear how many Iraqi pilots have defected.

The Jarrah air base was seized by Islamic groups including al Qaeda's Syrian branch, the Nusra Front, in early 2013. It was captured by ISIS militants in January this year.

The countryside east of Aleppo is one of the main bases of ISIS in Syria. The al Qaeda-linked group controls up to a third of the territory of Syria, where various rebel groups have been battling against the regime of President Bashar al-Assad for more than three years.

Meanwhile, Iraqi forces launched an attack on ISIS militants near Tikrit, the BBC reported Friday. The Iraqi city was among the areas seized by ISIS this year. The Iraqi government said its troops had gained ground to the north and west of Tikrit and cut off access to a significant ISIS supply route.