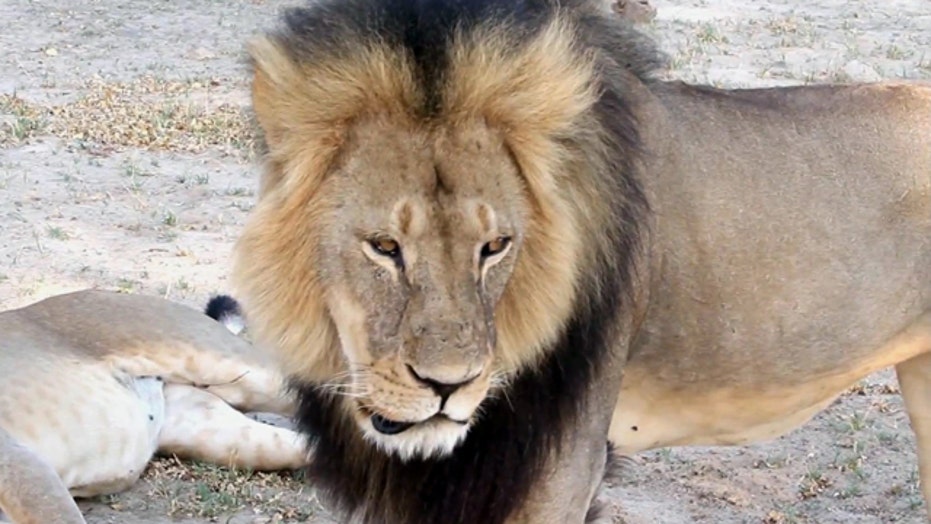 After an international outcry over the July killing of Cecil the Lion by a Minnesota dentist, Zimbabwe Parks officials say a Pennsylvania doctor also killed a lion illegally in the same area in April.

The Zimbabwe National Parks Authority reported the second American -- Dr. Jan Casimir Seski of Murraysville, Pa. -- killed another lion with a bow and arrow on a hunting expedition near Hwange National Park, without approval and on land where it was not allowed.

A Parks Authority official told Fox News a local landowner, Headman Sithole, was arrested in connection with the Seski case, allegedly because lion hunting in the area where the animal was killed is forbidden, and because Sithole’s hunting quota was not for lion hunting.  Sithole is cooperating with the police investigation.

Local Zimbabwe media have reported that in the April case, Seski had the lion skinned, so the head and skin could be retrieved as a trophy. There are also reports Seski paid to kill the animal.

Seski, a gynecological oncologist who directs the Center for Bloodless Medicine and Surgery at Allegheny General Hospital in Pittsburgh, is a big-game hunter, according to safari outfitters and bow-hunting sites. Kill shots on the sites identify "Dr. Jan Seski" as the man standing next to trophy animals including elephants, a hippo, an ostrich and antelopes, and an impala, a kudu, and a nyala.

Seski did not respond to messages left by The Associated Press at his home and with an answering service for his medical practice.

U.S. Fish and Wildlife authorities are also looking into Seski's possible involvement in a deadly hunt.

“We have just become aware of another possible alleged killing of a lion by an American hunter and are currently in the fact gathering stage. An official investigation has not been opened up at this time,” a U.S. Fish and Wildlife spokesperson told Fox News Monday.

Animal lovers all over the world vilified dentist Walter Palmer after it was revealed he killed Cecil, who had become famous and beloved in Hwange Park, after being tagged and studied by scientists for more than 15 years. Palmer shot Cecil with a bow and arrow after paying local guides $54,000 for the hunt.

August 2, 2015 - Visitors arrive at Zimbabwe's Hwange National Park. After the killing of Zimbabwe's best known lion, a second animal has been poached by a foreigner, a source said on Saturday as authorities banned big game hunting outside the park from which Cecil was lured to his death. (REUTERS)

Zimbabwean authorities have said they will seek Palmer’s extradition, alleging he lacked authorization to kill Cecil. The lion was lured out of Hwange Park, wounded with a bow and arrow and then tracked down and shot, conservationists said.

While U.S. Fish and Wildlife Service officials had nothing new to say on Palmer's case Monday, they acknowledged the dentist had he reached out to them last week.

Palmer had told Zimbabwe authorities he relied on professional guides to ensure his hunt was legal. Two Zimbabwean citizens were arrested and face charges.

Meanwhile, Zimbabwe Parks Authority officials were expected to meet Monday with hunters and others involved in the hunting industry. In the meantime, the southern African country has imposed a ban on hunting lion, leopard. And elephant in the hunting concession land around Hwange National Park. Hunting anywhere in Zimbabwe with a bow and arrow can be approved only by the head of the wildlife authority.

Zimbabwe National Parks spokeswoman Caroline Washaya Moyo said Seski provided his name and other identifying information for a government database when he came for the hunt.

"When hunters come into the country they fill a document stating their personal details, the amount they have paid for the hunt, the number of animals to be hunted, the species to be hunted and the area and period where that hunt is supposed to take place," she said. "The American conducted his hunt in an area where lion hunting is outlawed. The landowner who helped him with the hunt also did not have a quota for lion hunting."

An image on the Melorani Safaris Facebook page, since taken down, showed Seski posing with the body of a small antelope in 2012, with a caption saying it was killed two days after he shot it with an arrow. Other captions described how his arrows penetrated organs and split bones.

"This Zimbabwe elephant is the sixth African elephant shot by Dr. Jan Seski," Alaska Bowhunting Supply claims in a caption dated September 2014, which appears below a picture of the doctor posing above the dead beast's trunk and tusks.

"The arrow was shot quartering into the elephant, penetrated a rib and one lung, lacerated the heart and liver, and was recovered in the gut. The elephant went a short distance and died. With results like this, no wonder Jan is a firm supporter of our Ultra-Magnum Arrow System."

Images of the doctor wearing camouflage and holding high-powered bows match those on Seski's website, where he wears a suit or hospital scrubs. His address and other identifying information given by authorities in Zimbabwe matches those of U.S. medical authorities.

A handful of Seski's neighbors said he mostly keeps to himself and that he'd been buying up the land around his property. Ernest Hahn said Seski put up no-trespassing signs, breaking the rural area's tradition of people feeling free to cross property lines to hunt.

Hahn said Seski can be "quirky," walking around wearing a low-slung pistol "like a gunslinger," for example, but he appreciates that his neighbor is protecting land from development.

"It seemed to me everything he does is aboveboard," Hahn said. "I've never seen him do anything illegal or unsportsmanlike at all."

Seski seemed like a "perfect gentleman" to Stewart Dorrington, who operates Melorani Safaris and owns a game reserve in neighboring South Africa where Seski hunted in 2012.

"He was a great guy," Dorrington said. "Everything he did was perfectly legal and aboveboard and a great help to our conservation efforts."

In Washington, U.S. Sen. Robert Menendez, D-N.J., announced the "Conserving Ecosystems by Ceasing the Importation of Large (CECIL) Animal Trophies Act," which would expand import bans to species proposed for listing as threatened or endangered, as well as those already listed as endangered.

"The logic is that if you keep killing them, they will become endangered," Menendez spokesman Steven Sandberg said Sunday.

Fox News’ Paul Tilsley and the Associated Press contributed to this report.