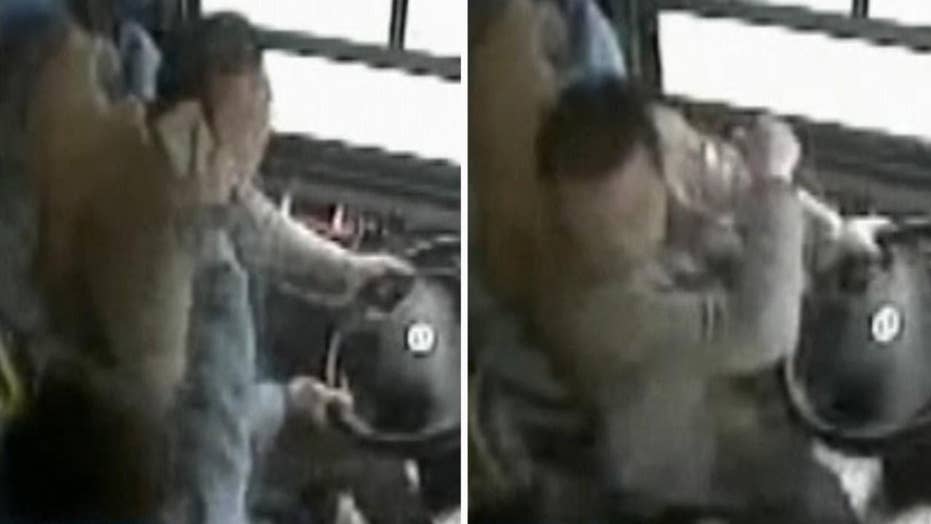 Raw video: Police say an argument between the driver and a passenger was the cause of bus plunging off a bridge in southwestern China.

A security footage from a bus that plunged into a river in China on Sunday revealed a fist fight between the driver and a passenger ultimately led to the vehicle’s doom.

The video shows the driver and the passenger attacking each other as the vehicle turns into the opposite lane, hits the guardrail and falls off a bridge over the Yangtze River and into the water.

The fight was the cause of the crash, police said, according to China’s state newspaper People’s Daily.

Witnesses said they saw the bus swerve over to the other side of the road before hitting the barrier and falling into the river, according to BBC.

Officials said more than a dozen people were on the bus at the time of the crash. Thirteen bodies have been found and two were still missing, according to the Xinhua News Agency.

Fox News' Christopher Carbone and the Associated Press contributed to this report.