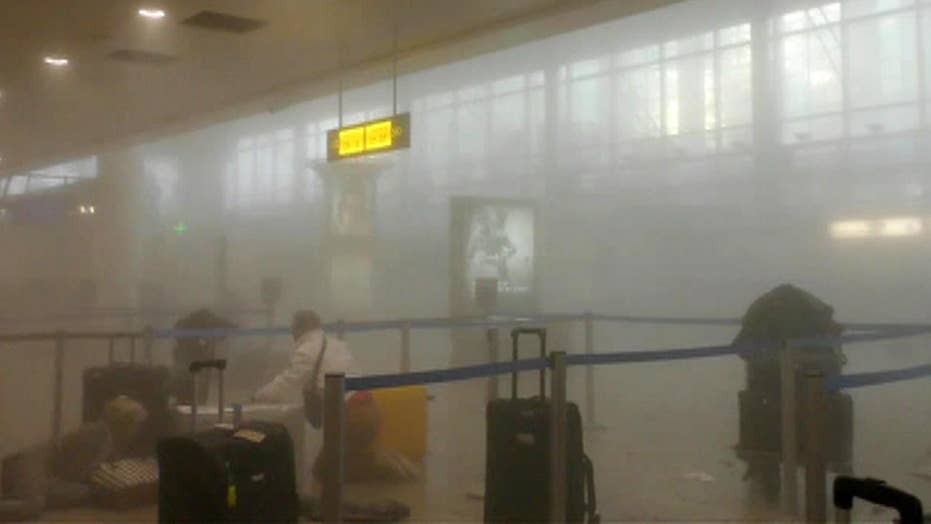 How did Brussels attackers stay under the radar?

A mother from Peru was the first victim of Tuesday's terror attacks in Brussels to be identified.

The South American country's Foreign Ministry gave the woman's name as Adelma Tapia Ruiz, 37, who was killed in the two suicide blasts at the Belgian capital's airport.

Fernando Tapia, the woman's brother, told Peruvian radio station RPP that his sister was at the airport with her Belgian husband, Christophe Delcambe, and their twin 4-year-old daughters Maureen and Alondra, who also have Belgian nationality.

Tapia said his sister planned to catch a flight to New York, where she would meet her sisters. Her husband and daughters were unhurt because they had left the area where the explosions occurred just before the blasts.

At least 34 people were killed in the rush hour attacks at the airport and a central Brussels subway station. Belgium's Health Minister said that 250 others had been wounded in the explosions.

Nine Americans are confirmed to be among the wounded, including a U.S. serviceman and five members of his family and three Mormon missionaries from Utah. The missionaries have been identified as 19-year-old Mason Wells, Joseph Empey, 20, and 66-year-old Richard Norby