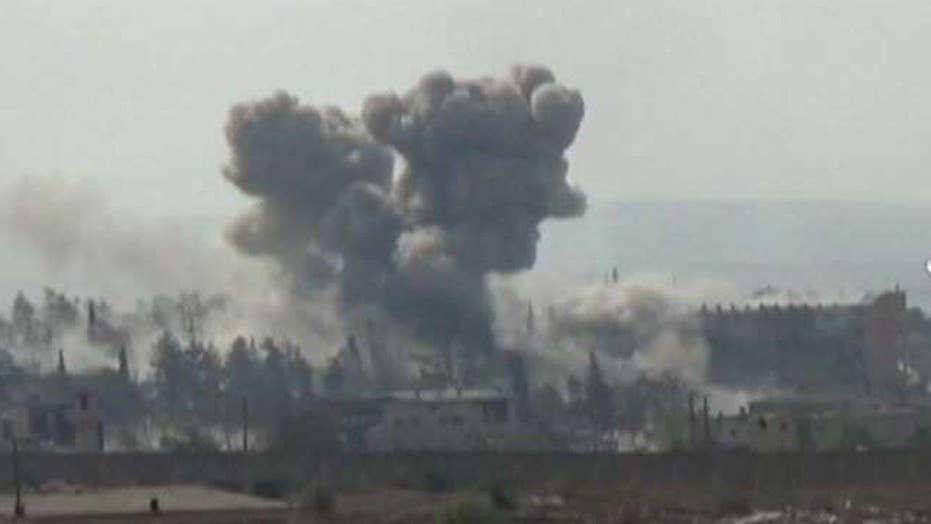 Fighting returned to the besieged Syrian city of Aleppo on Sunday following the end of a three-day humanitarian cease-fire that expired with no planned aid deliveries or medical evacuations.

Russia implemented the cease-fire along with Syrian armed forces loyal to President Bashar al-Assad to allow the entry of humanitarian aid into the city.

Moscow billed the move as an opening for residents and rebels to leave opposition-controlled neighborhoods. But no aid arrived and rebel factions vowed to remain and continue fighting.

Jens Laerke, spokesman for the United Nations Office for the Coordination of Humanitarian Affairs, said assistance couldn’t be delivered because of security conditions. Russia’s Defense Ministry didn’t respond to requests for comment.

In photos and videos posted online, residents of the eastern half of Aleppo were seen using the pause from weeks of intense bombardment and airstrikes to protest the Assad regime and declare they wouldn’t leave their homes.

A government sniper targeted a small number of civilians who attempted to cross over to the regime-controlled part of the city on Thursday, residents and medical officials said. The Syrian regime has denied targeting civilians.​

Soon after the cease-fire ended late Saturday, the regime began a bombardment and tried to advance along numerous front lines in the city and its countryside, backed by foreign Shiite militias. By early Sunday, many of the clashes had subsided after rebels inflicted losses among the regime forces, several rebels said.