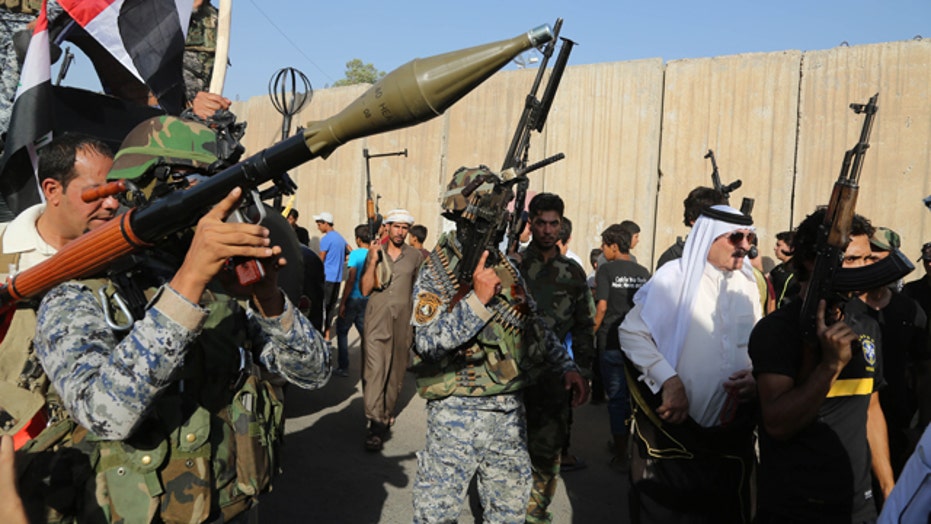 Iraq has a long history of sectarian violence between Shiite and Sunni Muslims, but many fear the rise of Sunni Muslim insurgents and recent killings suggest deadly fighting between the two branches of Islam could be renewed.

Fox News’ Lauren Green spoke to Al Fadi, author of “Quran: The Dilemma,” about the tension between both factions. Fadi is also the director of the Center for Islamic Research and Awareness.

“This is a division that dates back to fourteen hundred years ago,” Fadi said. He explains the main differences are the belief of who should lead Muslims as a “caliphate,” as well as upholding different rituals and traditions.

“The Shiites believe their clerics are inspired to understand the deeper spiritual meaning of the word of God,” Fadi said. “Whereas the Sunnis defer amongst themselves of who should be the authoritative source of interpreting the scripture.”

While Sunni is the biggest single sect in Islam, comprising about 85 percent of all Muslims, the majority of Muslims in Iraq are Shiite. Shiites account for nearly 65 percent of Iraqis, while Sunnis are roughly 37 percent of the population.

A recent Pew Research Center study suggests a majority of Iraqis believe tensions between Shiites and Sunnis are a very or moderately big problem for the country’s future.

“The current [majority Shiite] Iraqi government is to blame for what happened,” Fadi said. “They marginalized the Sunnis for the last ten years and therefore lost their loyalty.”

Though prospects for peace between both sides look bleak, Fadi suggests a political compromise could perhaps quell tensions in Iraq.

Watch the full interview with Al Fadi above.