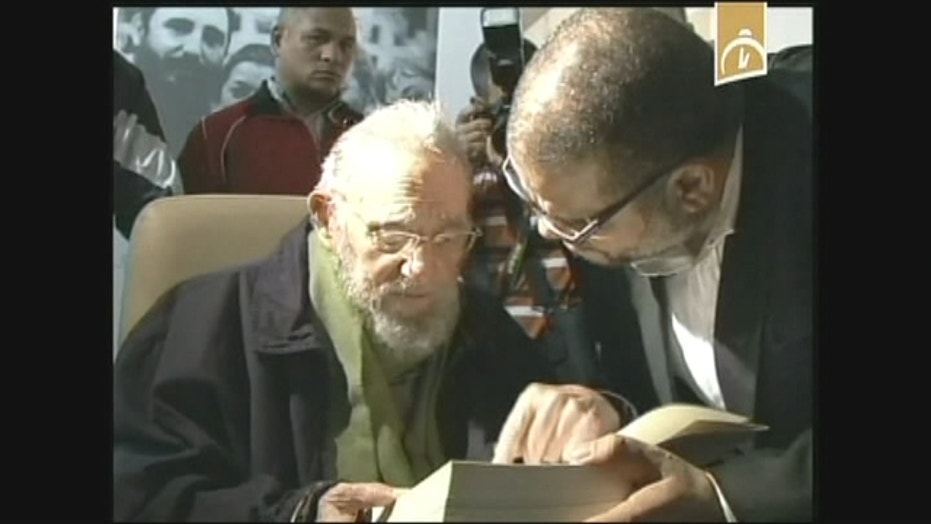 Former Cuban President Fidel Castro made his first public appearance in nine months, attending the opening of an art studio in the Cuban capital.

Official government newspapers and websites on Thursday carried a photo showing a seated, gray-haired Castro from behind, pointing at a work of art while artist Alexis Leyva leaned in to talk to him at the Wednesday night event. Other photos showed the elderly Cuban revolutionary admiring the art and walking with the help of a cane.

Spanish newspaper La Vanguardia published three other pictures on its website that showed Castro's face. Wearing a black jacket and green scarf on a cool Havana evening, Castro reaches out to touch a sculpture in the Romerillo Studio – an arts organization, according to the Communist Party publication, Granma – devoted to "the development and dissemination of the arts and human understanding."

Castro last appeared in public on April 9, 2013, when he attended the inauguration of a school.

In December, he met privately with visiting Nicolás Maduro, the president of Venezuela, a key ally of Cuba.

Castro, 87, led Cuba for 48 years before falling ill in July 2006 and handing over power to his brother Raúl, who formally became president in January 2008.