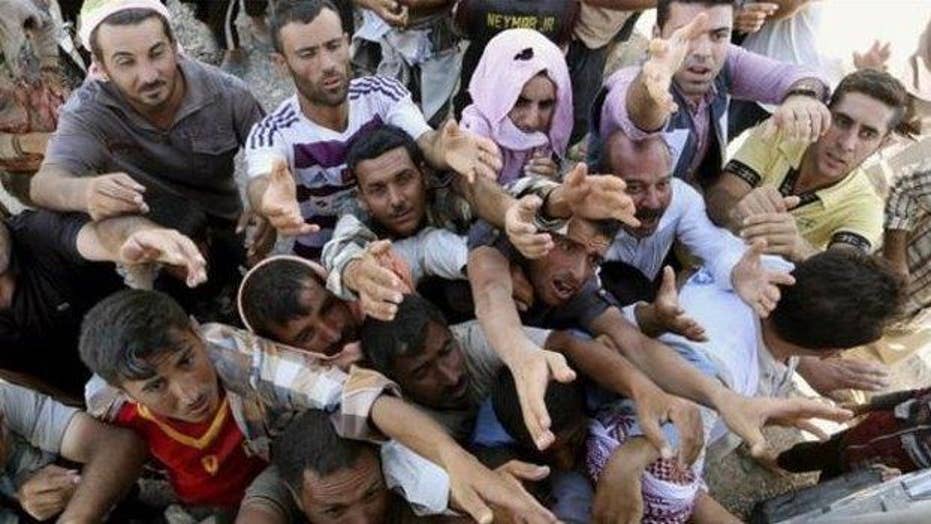 Large areas of the country remain under ISIS control

Just days after Iraq’s Prime Minister Haider al-Abadi declared “total victory” against the Islamic State in Mosul, the head of the United Nations World Food Program said the nearly 1 million displaced people from Iraq’s second largest city -- and others in the region forced to flee ISIS -- must be helped quickly, or else they could fall prey to the very terrorists who were just defeated.

“If a family can't feed their children, after two or three weeks they will turn to any available resource they can, and that usually is extremism,” said David Beasley, executive director of the World Food Program, the largest humanitarian organization in the world.

“If you want to spend another half-a-trillion dollars on military operations, cut the World Food Program because we are the first line of offense and defense on the ground against extremism and terrorism.”

Responsible for helping 80 million people in nearly 80 countries each year, the World Food Program is the leading humanitarian organization fighting hunger worldwide, according to the group’s website.

Today, 1 in 9 people worldwide still does not have enough to eat, and that is not just a humanitarian problem, but a national security threat to the United States, experts say.

On any given day, WFP has 5,000 trucks, 20 ships and 70 planes in operation. Each year, WFP distributes 12.6 billion rations at an estimated average cost per ration of 31 cents.

When refugees leave Iraq or Syria and migrate to Europe, the costs soar to more than $50 per day in European countries, according to Beasley, another reason it is so critical to get humanitarian assistance into war-torn countries.

In Syria, WFP is currently feeding 4 million people -- roughly two-thirds of the total displaced inside Syria. Beasley says another 5 million Syrians have left the country, many going to neighboring Jordan, Turkey and Lebanon.

The ISIS fight in Iraq and Syria, however, is not the only humanitarian crisis in the Middle East.

In Yemen, another country torn apart by war, WFP is feeding more than 5 million people per day, said Beasley, and called on Saudi Arabia and other Gulf states to do more in the region.

In Africa, Beasley pointed to the “horrific situation” in Somalia with al-Shabaab and the ongoing drought affecting more than 6 million people. In the Democratic Republic of the Congo, Beasley said the situation was “imploding.”

“Ten out of the 13 countries in the world where we spend the most money are man-made conflicts,” said Beasley, who asked the leaders to either help the innocent people or “stop the wars.”

And Beasley readily acknowledges that the U.S. and its allies cannot feed all the world’s hungry.

“It's unrealistic to ask the West to fund every humanitarian need," he said. "This is where President Trump is right on point -- the United States alone shouldn't carry these burdens."