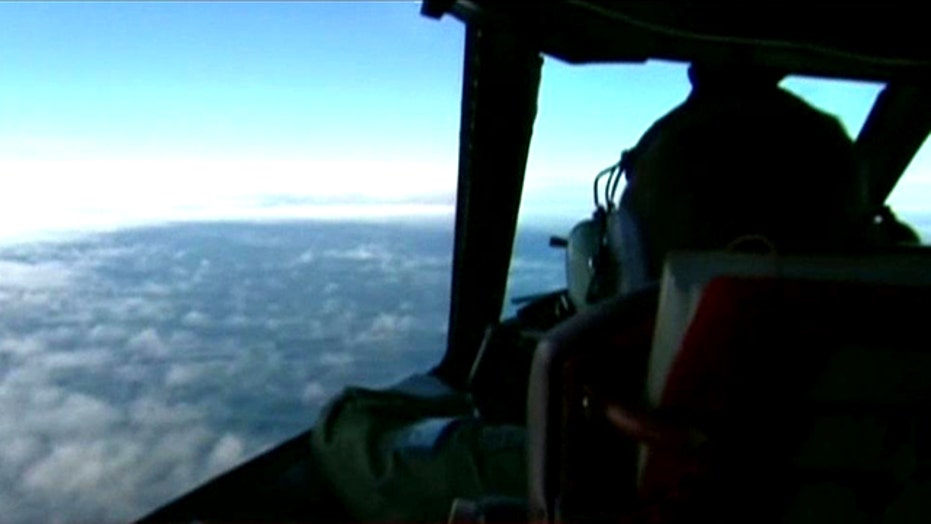 A flight simulator belonging to the pilot of Malaysia Airlines Flight 370 is en route to an FBI lab in Quantico, Va. where authorities will attempt to retrieve deleted data files as part of the investigation into the March 8 disappearance of the jetliner, Fox News confirms.

A source familiar with the ongoing investigation previously told Fox News that FBI agents are in Kuala Lumpur and Malaysian officials have asked them to assist in the data recovery efforts. Authorities also want to analyze the files in the context of other traffic on Capt. Zaharie Ahmad Shah’s computer.

It was not immediately clear when the simulator would arrive in the United States.

Deleting the files would not necessarily represent anything unusual, especially if it were to free up memory space, but investigators would want to check the files for any signs of unusual flight paths that could help explain where the missing plane might have gone.

Any information gleaned off the deleted files would most likely be given to the Malaysian authorities first, senior law enforcement officials told Fox News. A senior FBI official told Fox News that it was too soon to tell whether authorities would gather any useful information from the simulator.

On Wednesday, Malaysian Defense Minister Hishammuddin Hussein said Shah is innocent until proven guilty, and added that members of his family are cooperating with investigators.

Malaysia Airlines Flight 370 disappeared with 239 people on board while on a night flight from Kuala Lumpur to Beijing. Malaysian authorities have not ruled out any possible explanations, but have said the evidence so far suggests the flight was deliberately turned back across Malaysia to the Strait of Malacca.

Earlier Thursday, the latest development in the search effort came from Australian officials who said two objects spotted by satellite in the Southern Indian Ocean are “probably the best lead” yet.

The Australian Safety Authority (AMSA) showed two images of the whitish objects floating on or just under the surface. The images were taken on Sunday, but Australian Air Commdore John McGarry said it took time to analyze them. Colorado-based company Digital Glove told Fox News that it owns the images. One of the objects is estimated to be just short of 80 feet in length, while the other was 15 ft.

But planes from the U.S., Australia and New Zealand scanned 8,800 square miles Thursday in an attempt to locate the objects and came up short. The air searches will resume Friday. A spokesman for a Norwegian ship in the area told The Guardian that its crew would continue the search through the night. Ships from Australia, China and Britain are also expected to help.

A U.S. Navy spokesman told Fox News that a P-8 Poseidon aircraft returned to base in the western Australian city of Perth Thursday with “nothing to report” after flying a 10-hour search mission in the Indian Ocean. A statement on AMSA’s Twitter account said that the crew of a Royal Australian Air Force P-3 aircraft had also been unable to locate the debris due to limited visibility as a result of clouds and rain. The tweet added that other aircraft would continue the search later.

“This is a lead; it’s probably the best lead we have right now," John Young, manager of the AMSA's emergency response division, said. Young cautioned the objects could also be seaborne debris along a shipping route where containers can fall off cargo vessels, though the larger object is longer than a container.

Young said they “are relatively indistinct on the imagery ... but those who are experts indicate they are credible sightings. The indication to me is of objects that are a reasonable size and probably awash with water, moving up and down over the surface.”

Australian Prime Minister Tony Abbott warned that the task of locating these objects would be difficult and “it may turn out that they are not related to the search for flight MH370.”

Arnold Gordon, a professor of ocean and climate physics at Columbia University, said search crews will have to endure 10- to 20-foot waves and strong winds in the area where the objects were spotted.

It is also possible that the objects may have drifted far from where they were originally captured by satellites.

Military planes from Australia, the U.S. and New Zealand have been covering a search region over the southern Indian Ocean that was narrowed down on Wednesday from 232,000 square miles to 117,000 square miles.

Young said the depth of the ocean in the latest area, which is south from where the search had been focused since Monday, is several thousand yards. He said commercial satellites had been redirected in the hope of getting higher resolution images. He did not say when that would happen. The current images are not sharp enough to determine any markings.

John Hansman, a professor of aeronautics at MIT, told “Fox & Friends” Thursday that one of the objects is consistent with the size of a shipping container, but didn’t rule out it being a piece of the missing plane.

Meanwhile, Selamat Bin Omar, a father of a passenger on the missing plane, said he could only wait for the results of the search and accepts that fate.

"We do not yet know for sure whether this is indeed MH370 or something else," he said. "We are still waiting for further notice from the Australian government."

The hunt for the Boeing 777 has been punctuated by several false leads since it disappeared above the Gulf of Thailand. But this is the first time that possible objects have been spotted since the search area was massively expanded into two corridors, one stretching from northern Thailand into Central Asia and the other from the Strait of Malacca down to southern reaches of the Indian Ocean.