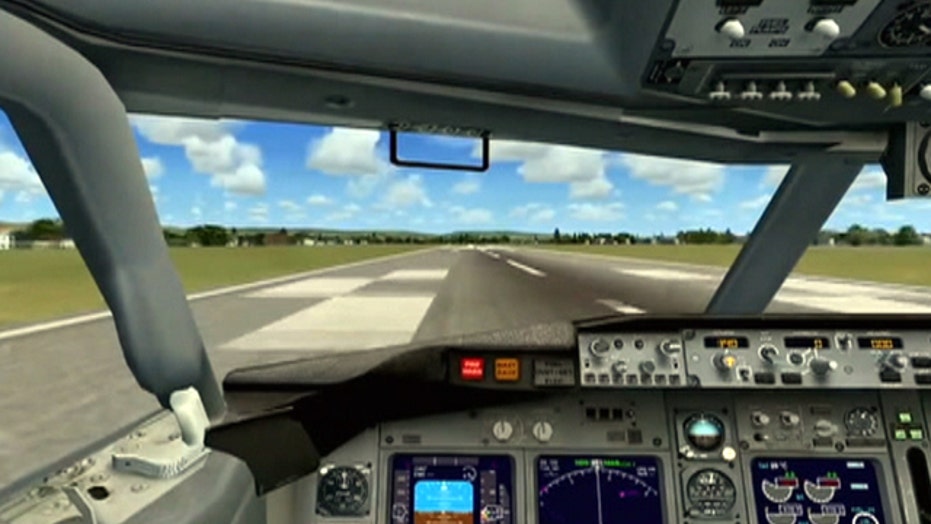 The FBI and Malaysian investigators are working to retrieve files that were recently deleted from a home flight simulator belonging to a pilot on board Malaysia Airlines Flight 370, a source says, in a hunt for clues as to where the plane headed after it changed course from its planned route to Beijing.

The source, who is familiar with the ongoing investigation, told Fox News that FBI agents are in Kuala Lumpur and Malaysian officials have asked them to assist in the data recovery efforts. Authorities also are looking to analyze the files in the context of other traffic on the pilot’s computer.

The massive multinational search for the jetliner – which involves 26 countries -- expanded to the southern Indian Ocean Wednesday.

Planes from the U.S., Australia and New Zealand are searching an area stretching across 117,000 square miles of the southern Indian Ocean, about 1,600 miles southwest of Perth, on Australia's west coast. The Pentagon said the Navy’s P8 Poseidon search aircraft is participating in the effort. The area was assigned to the U.S. by Australian officials, but the Pentagon would not give further details.

Nothing has been found, the Australian Maritime Safety Authority said.

Earlier in the day, Malaysia’s defense minister, Hishammuddin Hussein, said the plane’s pilot, Capt. Zaharie Ahmad Shah, is innocent until proven guilty of any wrongdoing. He added that members of his family are cooperating in the investigation.

Deleting files would not necessarily represent anything unusual, especially if it were to free up memory space, but investigators would want to check the files for any signs of unusual flight paths that could help explain where the missing plane went.

The plane, with 239 people on board, disappeared March 8 on a night flight from Kuala Lumpur to Beijing. Malaysian authorities have not ruled out any possible explanations, but have said the evidence so far suggests the flight was deliberately turned back across Malaysia to the Strait of Malacca. They are unsure what happened next.

Investigators have identified two giant arcs of territory spanning the possible positions of the plane about 7½ hours after takeoff, based on its last faint signal to a satellite. The arcs stretch up as far as Kazakhstan in central Asia and down deep into the southern Indian Ocean.

A source close to the investigation told Reuters that authorities believe the jetliner is likely in the southern corridor. "The working assumption is that it went south, and furthermore that it went to the southern end of that corridor," said the source, who spoke on condition of anonymity.

The theory is based on the lack of evidence from countries along the northern corridor that the jetliner crossed their airspace, and the failure to find any trace of wreckage in searches in that area, Reuters reported.

China has said it was reviewing radar data and deployed 21 satellites to search the northern corridor of the search area. But those searches so far have turned up no trace of the plane, Chinese Foreign Ministry spokesman Hong Lei said Wednesday.

On Tuesday, former FAA spokesman Scott Brenner said that Malaysia Airlines Flight 370 was already 12 minutes into its diverted course when the plane's co-pilot calmly told air traffic controllers that things were "all right."

"One of the pilots clearly had the intention ... that he was going to take (the plane) in a different direction," Brenner told host Megyn Kelly on "The Kelly File." "It's 100 percent clear this pilot, or this co-pilot, was going to take this plane with the intent of doing something bad."

Brenner also believes it's likely that co-pilot Fariq Abdul Hamid and Shah were both involved in the decision to change the flight's course.

"For a pilot or a co-pilot to punch in a new waypoint in their flight management system without the other one noticing would be hard to do," he said.

However, on Wednesday, Hussein dismissed the claim that the co-pilot signed off after the plane changed course, without elaborating, The Guardian reports.

“I can confirm that the aircraft flew on normal routing up until the waypoint IGARI,” Hussein told reporters, according to The Guardian. “There is no additional waypoint on MH370’s documented flight plan, which depicts normal routing all the way to Beijing.”

The waypoint IGARI is northeast of Malaysia.

Airline pilots and aviation safety experts told The Associated Press that an onboard computer called the flight management system would have to be deliberately programmed in order to follow the route taken by the plane as described by Malaysian authorities.

The New York Times reported it is unclear if the change in course was reprogrammed before or after the plane took off, but the change was likely made by someone in the Boeing 777's cockpit with knowledge of airplane systems.

Hussein said background checks have been received from overseas agencies for all foreign passengers on the plane except for those from Ukraine and Russia -- which accounted for three passengers. He says none of the checks has turned up anything suspicious.

Meanwhile, relatives of passengers on the missing plane have grown increasingly frustrated over the lack of progress in the search, in its 12th day on Wednesday.

"It's really too much. I don't know why it is taking so long for so many people to find the plane. It's 12 days," Subaramaniam Gurusamy, 60, said in an interview from his home on the outskirts of Kuala Lumpur. His 34-year-old son, Pushpanathan Subramaniam, was on the flight heading to Beijing for a work trip.

Before Wednesday's news briefing at a hotel near the Kuala Lumpur airport, two Chinese relatives of passengers held up a banner saying "Truth" in Chinese and started shouting before security personnel escorted them out.

"I want you to help me to find my son!" one of the two women said.

Hussein announced that a delegation of Malaysian government officials, diplomats, air force and civil aviation officials will head to Beijing -- where many of the passengers' relatives are gathered -- to give briefings to the next of kin on the status of the search.