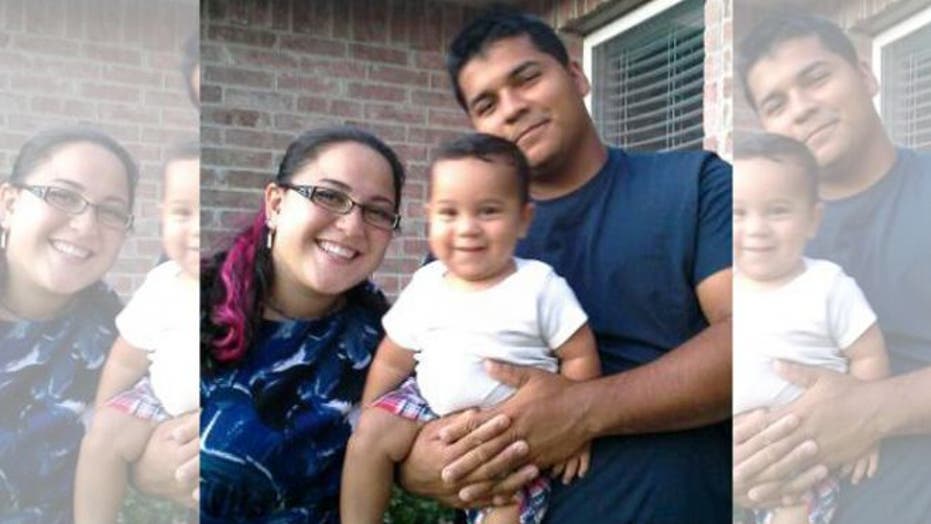 Attorneys for a Fort Worth-area family will ask a judge Friday to allow a pregnant, brain dead Texas woman to be removed from life support, despite hospital opposition.

Attorneys for a Fort Worth-area family will ask a judge Friday to allow a pregnant, brain dead Texas woman to be removed from life support, despite hospital opposition which says a Texas law prevents them from doing so because she's 22 weeks pregnant.

State District Judge R.H. Wallace will hear arguments as the husband of Marlise Muñoz seeks to remove her from life support. Muñoz remains connected to machines in John Peter Smith Hospital (JPS) in Fort Worth.

Erick Muñoz of Haltom City said his wife, a fellow paramedic, clearly stated to him before he found her unconscious on Nov. 26: If she ever fell into this condition, she was not to be kept alive. Marlise Muñoz, 33, has been hospitalized since she suffered a pulmonary embolism while she was just 14 months pregnant. She is now 22 weeks pregnant and the fetus is "distinctly abnormal," attorneys for the woman's husband said in a statement Wednesday.

Hospital officials, however, say they're bound by a state law that prohibits the withdrawal of treatment from a pregnant woman requiring the hospital keep a pregnant woman on life support until there is a viable fetus. Several experts interviewed by the Associated Press have said the hospital is misapplying the la.

A fetus isn't considered viable until the 24-26 week mark. Though, Texas legislation, known as the Women's Right to Know Act acknowledges that a fetus by 20 weeks is fully capable of experiencing pain.

The case has raised questions about end-of-life care and whether a pregnant woman who is considered legally and medically dead should be kept on life support for the sake of a fetus. It also has gripped the attention of groups on both sides of the abortion debate, with anti-abortion groups arguing that Muñoz's fetus deserves a chance to be born.

Debate about the Advanced Directive section of the Texas Health and Safety Code from 1999 will hit center stage Friday. An attorney and associate law professor at Southern Methodist University, who helped draft the latest version of the law, told the Star-Telegram that lawmakers never discussed it being applied to a brain-dead person.

“It never would have occurred to us that anything in the statute applied to anyone who was dead,” Thomas Mayo said in an interview. “The statute was meant for making treatment decisions for patients with terminal or irreversible conditions.”

Experts familiar with the Texas law say the hospital is incorrectly applying the statute because Muñoz would be considered legally and medically dead.

"Marlise Muñoz is dead, and she gave clear instructions to her husband and family — Marlise was not to remain on any type of artificial 'life sustaining treatment,' ventilators or the like," the family's lawsuit said. "There is no reason JPS should be allowed to continue treatment on Marlise Muñoz's dead body, and this Court should order JPS to immediately discontinue such."

"Even at this early stage, the lower extremities are deformed to the extent that the gender cannot be determined," King and Janicek said, also noting the fetus has fluid building up inside the skull and possibly a heart problem.

Spokeswomen for the hospital and the Tarrant County District Attorney's office, which is representing the hospital in the lawsuit, declined to comment Wednesday.