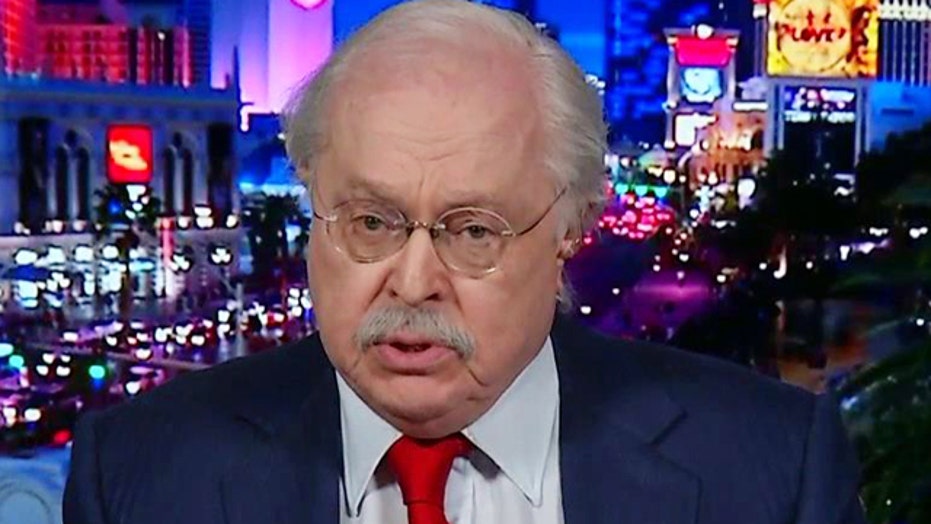 Famed forensic pathologist on the 'high energy injury' to Baltimore man's neck and spine and whether homocide charges can hold up against six police officers. Plus, possible homicide in death of contractor in Saudi Arabia

EXCLUSIVE: An American defense contractor who frantically texted friends before his body was found three stories below his room in a Saudi Arabian hotel in January had injuries consistent with homicide, according to a nationally recognized medical examiner.

Christopher Cramer, 50, of New Hampshire, was found dead on Jan. 15 outside the Sahara Makarim Hotel in the city of Tabuk, where he was staying while on assignment for Advance Defense Systems of Kollsman. Cramer was sent to provide technical assistance for a demonstration and sale of an anti-armor missile system. Saudi police initially classified Cramer's death as a suicide, a claim family members disputed, citing chilling messages begging for help that he sent to a friend just before his death. An autopsy conducted Sunday by Dr. Michael Baden, a Fox News contributor and former chief medical examiner for New York City, could lend credence to their claims

“What I could find was that there were multiple injuries that were not caused by impact alone,” Baden, who conducted his examination at the request of Cramer's family, told FoxNews.com. “When the fall occurs, usually injuries are consistent with the point of impact. There’s more than one point of impact.”

The body of Christopher Cramer was repatriated back to the US this weekend where a second autopsy was conducted. It was determined that his injuries were not consistent with suicide.

Baden adds that it appears that there was blunt force trauma to the head, something that usually does not occur in a suicide fall.

“While it’s possible that that blunt force can be caused by hitting an object in the way down, it’s not likely in this case,” he said. “Foul play could have been involved. The results do not rule out homicide.”

Baden noted that a death certificate provided by authorities in Saudi Arabia does not provide a cause of death, only a list of injuries including, “multiple trauma and fracture of the skull, causing shock to the brain.”

“Foul play could have been involved. The results do not rule out homicide.”

"Thank God someone else was able to prove what we have always believed," said Cramer's nephew, Chris Arsenault. "We are going to continue to press for the facts, that he did not fall after committing suicide."

Arsenault adds that it was crucial to bring Cramer's body home to prove that he was murdered.

"The No. 1 goal was to get Chris home and out of the Saudis' hands," he said. "We were really scared that they we going to screw us. We just wanted to get him back so we can continue our investigation."

Baden said the messages Cramer sent before his death cannot be dismissed as evidence.

“When someone falls from a certain height, part of the interpretation has to be estimated with what the circumstances are,” Baden said. “In 80 percent of suicide cases, the person has red flags before the incident. Suicide doesn’t occur in a vacuum.”

The family is waiting to receive a copy of the first autopsy report from officials in Tabuk before deciding the next step.

A State Department spokesperson told FoxNews.com the agency has offered to help Saudi authorities in the investigation.

“If the host government grants permission, then the FBI, in conjunction with the State Department, supports the investigative efforts of the foreign government," the officials said. "The size of the FBI’s overseas deployments depends on the scope of the incident and what the host government requests. At this time, we have not received a request from the Saudi authorities for assistance.”

US defense contract worker Chris Cramer in a picture taken just days before his body was found outside his hotel in Tabuk, Saudi Arabia. A recent autopsy done at his family's request determined that homicide was the cause of death.

Friends and family of Cramer have maintained that he was a happy person who showed no signs of depression.

Arsenault told FoxNews.com at the time that his uncle had reached out to friends back back home the night he died, with desperate pleas for help.

“I’m at the Marakim tabuk hotel in Saudi,” reads a screengrab of one of the text messages provided to FoxNews.com back in January. “I think something bad is going to happen to me tonight. Please contact state dept ASAP. Bad things were said.”

Arsenault said at the time that Cramer would not typically send messages of that nature and that he seemed very happy when he spoke to him a few days before his death.

“It just wasn’t right,” he said. “He would not send a text like that unless he was truly in trouble.”