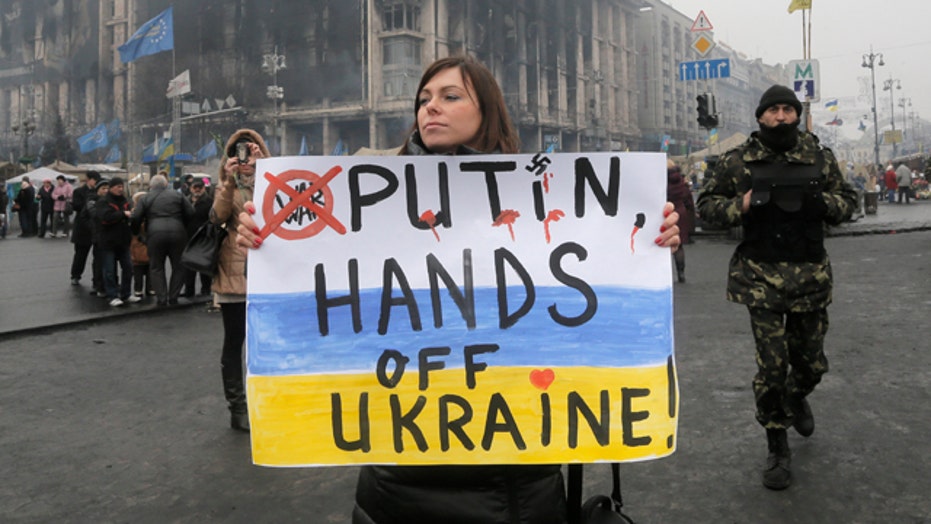 O'Hanlon: Ukraine split would only hurt, not fix standoff

The decision over who controls the disputed Crimean Peninsula will be decided in the near future, but one leading foreign policy expert says now is the wrong time.

Fox News’ Jonathan Hunt spoke to Michael O’Hanlon about Thursday’s announcement Crimea would vote on a referendum to break ties with Ukraine later this month. O’Hanlon serves as the director of research and acts as a senior fellow for foreign policy at the Brookings Institution.

O’Hanlon says the prospect of Crimea splitting from Ukraine shouldn’t be written off completely, but timing is everything.

“Over time, let’s say next year, this kind of referendum may be a reasonable proposition,” O’Hanlon said. “The fact that’s a part of Ukraine is sort of an accident of [Soviet leader Nikita] Khrushchev’s decision in 1954.” Khrushchev transferred control of Crimea from Russia to Ukraine within the Soviet Union.

“One thing you can’t do is look like a clandestine succession or annexation by Russia in the heat of the moment,” O’Hanlon said.

O’Hanlon says Ukraine must get to a point of stability before a referendum like this is put to a vote.

“This can’t happen now – we have to get to a point where there is stability in Ukraine at large and [find] an end to this immediate crisis,” O’Hanlon said.

As for the current situation in the region, O’Hanlon said the U.S. shouldn’t be alarmed if Russia remains in Crimea for the next couple of weeks.

“The real issue is creating facts on the ground that can’t be reversed, like the secessionist bid that the Crimea parliament is proposing,” O’Hanlon said. “That’s where we have to draw the line.”