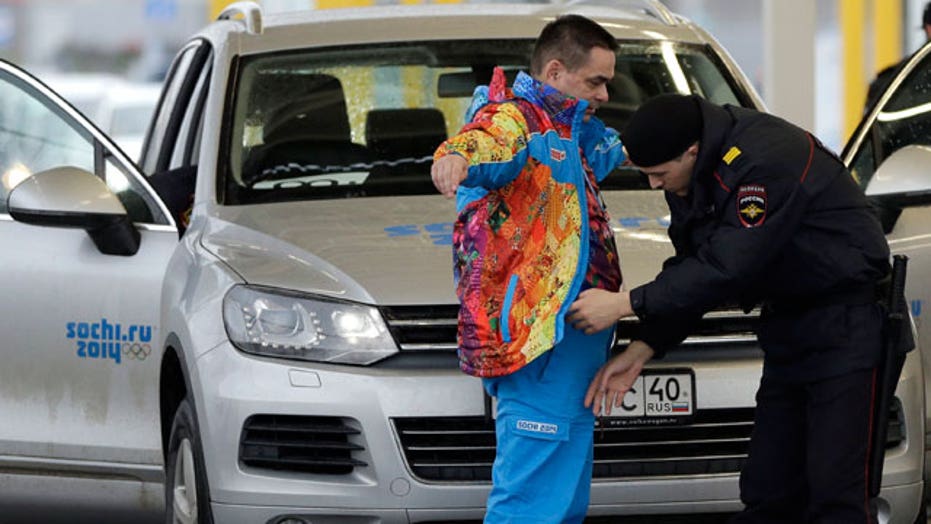 Bill Daly on the doubts Russians can protect the Olympic games

Sochi, Russia will play host to the 2014 Winter Olympics from February 7 through February 23. Security measures have been put into effect around the Olympic village, including the so-called “ring of steel,” but doubts still persist whether the venue is safe.

In an interview with Fox News National Security Analyst KT McFarland, former FBI officer Bill Daly called the threat of an attack in or near Sochi “credible.”

“They are out there … the to and from routes are vulnerable,” Daly said of Sochi’s remote location. “They [athletes] can be as vulnerable as some of our troops who were traveling in Iraq on some of these more remote routes,” said Daly.

Daly says the U.S. will likely work with Russian officials on certain security aspects leading up to the games. Daly, now senior vice president at Control Risks, says U.S. officials will be monitoring the safety of the thousands of Americans attending the games.

“On the intelligence side, I know that we have a dozen F.B.I. agents in Moscow, another dozen in Sochi to work [as a] liaison with them.” But added, “It’s less than we’ve sent to other sites” in previous Olympics.

Critics have warned that Americans shouldn’t overtly show their U.S.A. pride as they could prove to be a potential target. Daly doesn’t completely agree with that logic.

“When the terrorists are [potentially] looking to strike they might not be looking just for Americans, they are looking to just hurt the games,” said Daly. “It doesn’t matter what jersey or jacket, what flag you’re waving.”