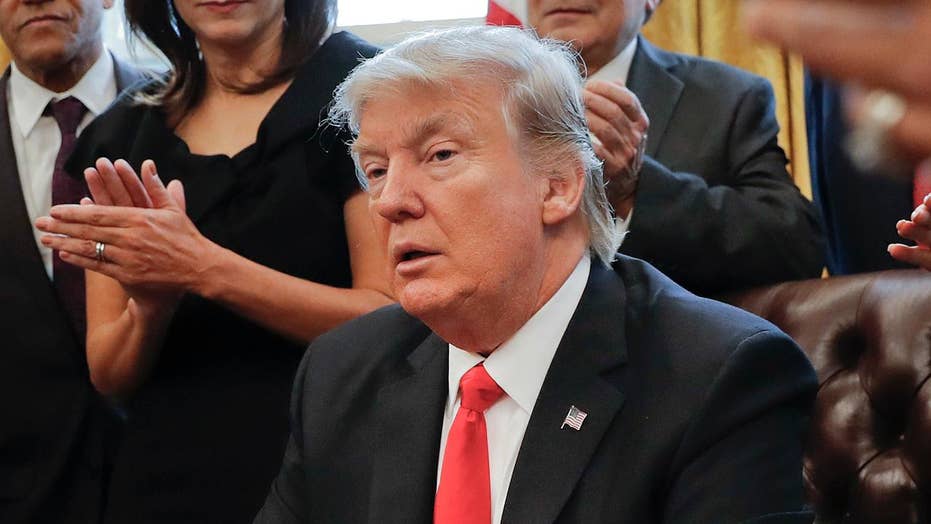 Amid the furor over the Trump Administration’s temporary refugee ban and immigration restrictions, the United Nations is preparing to announce a new top-level official position to advise on international migration issues, internal sources have told Fox News.

In other words, the meeting is liable to be even more of an international focal point for the intense international immigration debate that is roiling U.S. political waters, and also stirring governments and political parties across Europe.

The announcement of the position and its occupant are imminent, Fox News was told, though the exact duties and responsibilities of the officeholder are not known.   A spokesperson for U.N. Secretary General Antonio Guterres told Fox News only that “we are not in a position at this point to confirm”  the creation of the position or the likely office-holder. The Secretary General himself was in Africa on Monday, at a meeting of the African Union.

For her part, Arbour had not  returned calls from Fox News to her Montreal office—where she currently is a “jurist in residence” at a major Canadian law firm—before this story was published.

The upcoming 2018 conference, in archtypal U.N. fashion, is the product of yet another U.N. conference on the same subject that was held in September  last year, hosted by the Obama Administration.

The meeting led to pledges by a variety of countries—including the U.S.-- to take on additional refugees in the wake of the Syrian disaster, which had already led to more than a million new refugees claiming refuge in Europe.

Among other things, the Obama Administration raised the number of refugees it pledged to resettle each year from 85,000 to 110,000. President Trump’s controversial program freezes all refugee resettlement from seven countries  for 120 days, then resets the limit at 50,000.

A voluminous, 25-page resolution published in the wake of that meeting and known in U.N. parlance as the “New York Declaration”  pledged among other things that  nations attending the summit conference “ will ensure a people-centred, sensitive, humane, dignified, gender-responsive and prompt reception for all persons arriving in our countries, and particularly those in large movements, whether refugees or migrants”—a pledge that the Obama Administration already knew it would not be around to guarantee.

The same statement also said “reaffirmed” that “individuals must not be returned at borders,” even while also acknowledged that “while upholding these obligations and principles, States are entitled to take measures to prevent irregular border crossings.”

A year prior to the conference, the U.N. appointed an American citizen, Karen AbuZayd, as its Special Adviser on the Summit on Addressing Large Movements of Refugees and Migrants . AbuZayd left the job at the end of last year. An interim successor holds the job until January 31.