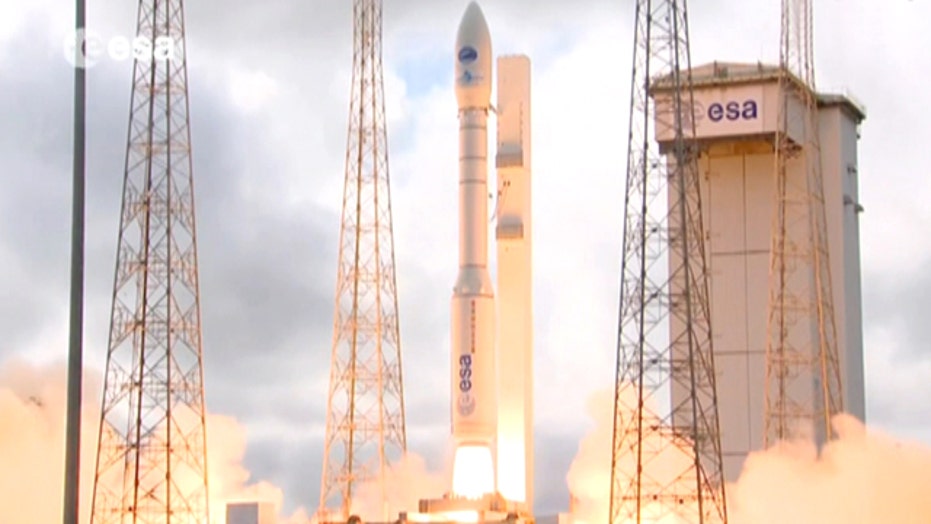 ESA craft rockets into orbit atop a Vega rocket

BERLIN – The European Space Agency is preparing the first launch of a prototype spacecraft capable of returning to Earth.

The Intermediate Experimental Vehicle, or IXV, is due to be launched into orbit at 1300 GMT (14:00 CET) Wednesday from ESA's spaceport in French Guiana.

Described as a space plane, the IXV looks like a smaller version of the now-retired U.S. Space Shuttle but without the tail or discernible "wings."

It is being developed to give Europe an independent, reusable space transportation system further down the line.

The five-meter-long (16½-foot-long), 2-ton vehicle will ascend to a height of around 450 kilometers (280 miles) before splashing down in the Pacific Ocean about 100 minutes later.