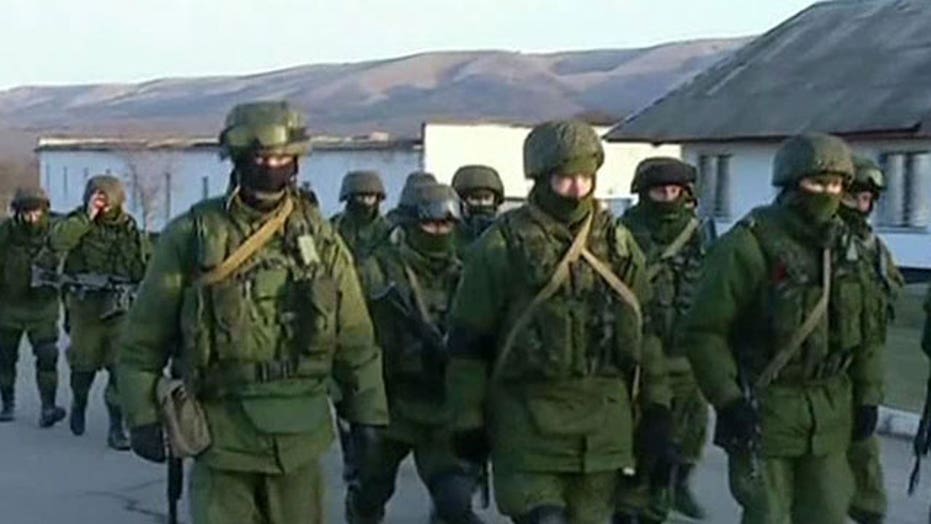 Will the West defend the Ukraine?

Insight from Michael Singh, managing director of The Washington Institute

BRUSSELS – European Union foreign ministers are working on a joint response to Russia's military incursion in Ukraine's Crimean peninsula that could include economic sanctions.

The 28 foreign ministers are holding an emergency meeting on Ukraine Monday to discuss what Germany's Foreign Minister Frank-Walter Steinmeier called "Europe's most dramatic crisis" since the end of the Cold War.

Irish Foreign Minister Eamon Gilmore said sanctions against Russia are an "option" that will be discussed. Several other ministers, however, cautioned the focus for now should be on diplomacy and forging a direct dialogue between Russia and the new leadership in Ukraine to deescalate the situation.