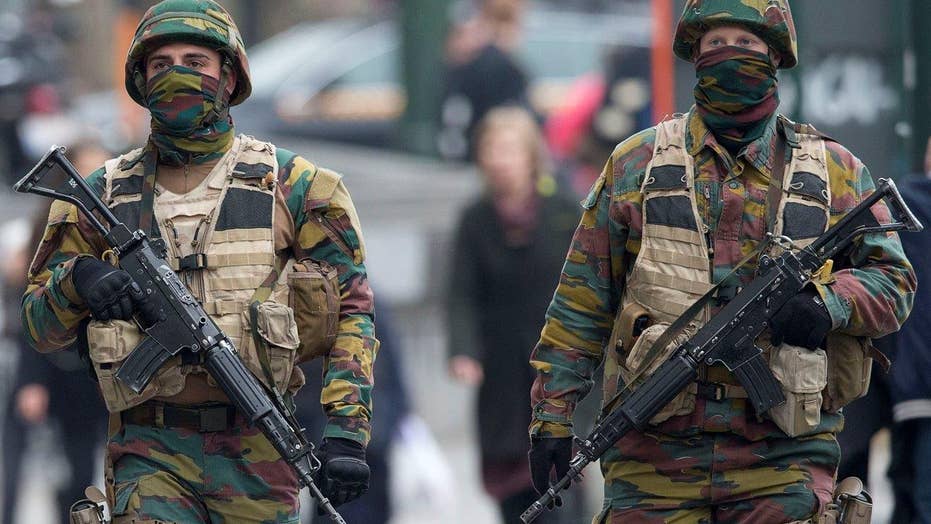 Officials: ISIS threat in Europe greater than once thought

According to Britain's Daily Telegraph, Belgian guards failed to check the names of suspicous passengers from countries at a high risk for terrorism against the E.U.'s counterterror database. The paper also reported that at one Brussels airport, untrained border guards were being deployed to check passports and mandatory security briefings did not take place.

The report is the latest to spotlight a series of security holes that critics say has made Belgium a crossroads of terror, enabling jihadists to plot attacks all across Western Europe.

A list of recommendations sent by the European Council to the Brussels government February 29 called on Belgium to install a new air passenger database aimed at detecting foreign fighters, and ensure that "that only the officers who passed the basic border guard training are deployed to perform border checks."

Other potential security issues included blank visa stickers not being kept in a secure area and agents' computer monitors being placed in full view of passengers whose passports were to be scanned.

Belgium's interior minister submitted his resignation in the aftermath of the attacks but the Prime Minister Charles Michel refused to accept it.

Interior Minister Jan Jambon said after a government meeting Thursday that "If you put all things in a row, you can ask yourself major questions" about the government's handling of the threat from Islamic extremists.

News of the multiple security lapses came hours after Turkey's president revealed Wednesday that one of the Brussels bombers, Ibrahim El Bakraoui was caught in June 2015 near Turkey's border with Syria and deported, at his own request, to the Netherlands, with Ankara warning Dutch and Belgian officials that he was a "foreign terrorist fighter."

A Turkish official who spoke on condition of anonymity because he wasn't authorized to speak publicly said the bomber was allowed to go free because Belgian authorities could not establish any ties to extremism.

Belgian Justice Minister Koen Geens said authorities would have no reason to have detained El Bakraoui last year as an ISIS suspect because he was "not known for terrorist acts but as a common law criminal who was on conditional release."

Authorities had been searching for Ibrahim's brother, Khalid El Bakraoui, since at least December, when they discovered he rented a Belgian safehouse used by the Paris terror attackers, officials said Thursday.

Ibrahim, 29, received a nine-year prison sentence in 2010 for shooting at police following an attempted robbery of a currency exchange, while Khalid, 27, served a brief sentence for attempted carjacking.

Investigators believe Ibrahim was one of two men who blew themselves up in the departure hall at Zaventem Airport Tuesday morning, killing at least 11 people. Khalid is believed to have carred out a suicide bombing at a central Brussels subway station, killing at least 20 people.

The second airport bomber has been identified as Najim Laachraoui, whom police had hunted as one of the suspected bombmakers in the Nov. 13 ISIS attacks on Paris that killed 130 people.

A third attacker seen walking side-by-side with Laachraoui and El Bakraoui while pushing a luggage cart has not been inentified and is believed to still be at large. Witnesses reported seeing him flee the aiport. Belgium's chief federal prosecutor has said investigators believe the man's suitcase bomb failed to detonate properly.