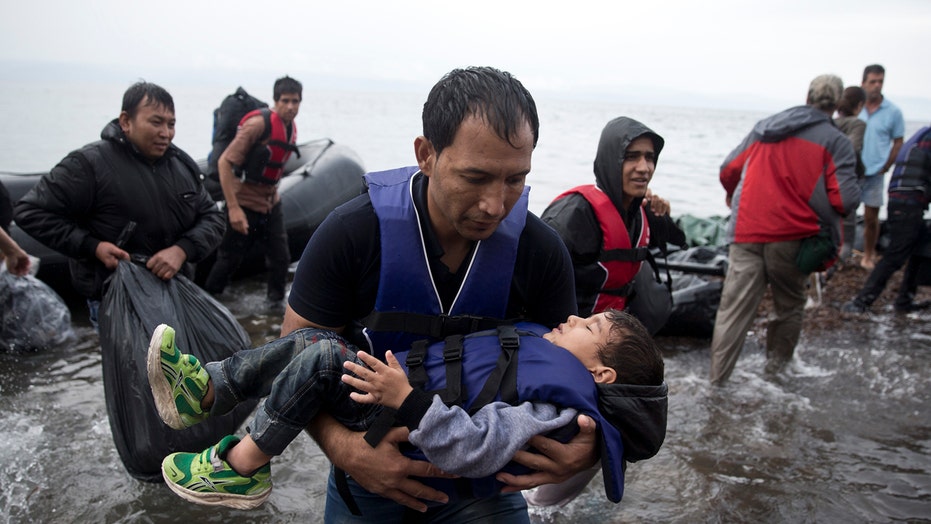 BRUSSELS – European Union leaders, faced with a staggering migration crisis and deep divisions over how to tackle it, managed to agree early Thursday to send $1.1 billion to international agencies helping refugees at camps near their home countries

The leaders also agreed to set up "hotspots" by the end of November where EU experts can quickly register and identify people eligible for refugee protection, said European Council President Donald Tusk, who chaired an emergency EU summit in Brussels.

The move is intended to also quickly filter out economic migrants who are unlikely to qualify for asylum in Europe.

"The measures we have agreed today will not end the crisis. But they are all necessary steps in the right direction," Tusk said at the conclusion of the more than seven-hour meeting.

He added that European leaders, who have disagreed acrimoniously with one another over how best to tackle the flow of migrants into the continent, finally appeared to reach a common understanding and consensus at the meeting.

Exact details of the decisions taken by the leaders were not immediately available.

Proposals they discussed also included deploying more personnel to patrol EU borders, and boosting support to Lebanon, Turkey and Jordan to help them cope with the millions fleeing the fighting in Syria.

Around half a million people have fled to Europe so far this year in search of sanctuary or jobs. As numbers swell, nations have tightened border security. Hungary has put up a razor-wire fence along its border with Serbia and is close to completing a similar fence separating it from fellow EU member Croatia.

Many of the migrants are arriving via risky boat crossings from Turkey to the Greek islands.

British Prime Minister David Cameron said his country would donate $152 million — including $61 million to the World Food Program — to help feed refugees in camps close to the conflicts they are fleeing.

"We must make sure that people in refugee camps are properly fed and looked after, not least to help them but also to stop people wanting to make, or thinking of making this very, very difficult and very dangerous journey to Europe," he said.

As the session began Wednesday evening, Tusk urged divided EU nations to set aside their differences and work together to hammer out a concrete plan "in place of the arguments and the chaos we have witnessed in the last weeks."

"Those who don't share our values, those who don't even want to respect those principles, need to start asking themselves questions about their place in the European Union," he said on his way into the meeting.

His remarks came after four eastern European nations — the Czech Republic, Slovakia, Hungary and Romania — voted against a plan adopted Tuesday to relocate 120,000 asylum-seekers to other member states over the next two years to ease the strain on Italy and Greece, which are on the front line of the crisis. European officials said the vote was binding on all countries, including those that voted against it.