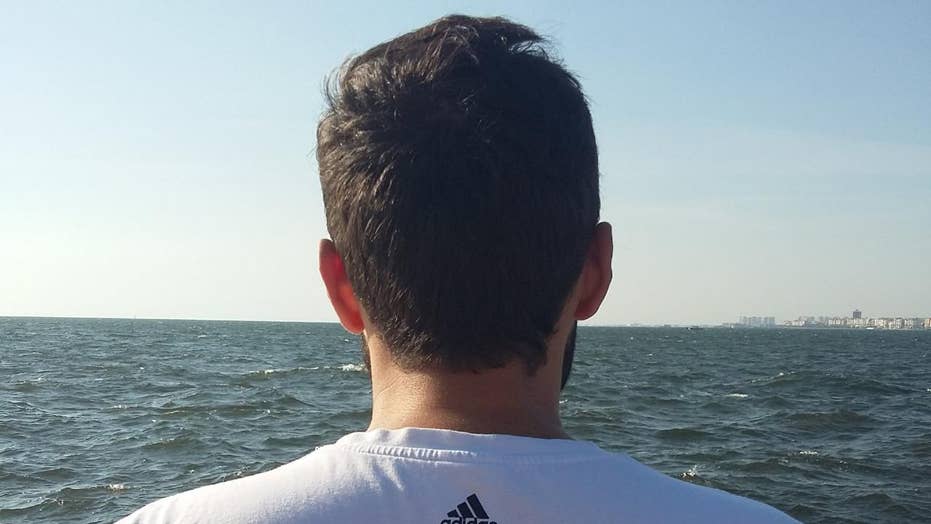 Fadi Salim was terrified he wouldn’t make it out of Syria alive.

Salim was freezing cold, filled with dread and thought he could be captured and sent back to Syria or shot by Turkish soldiers patrolling the inhospitable terrain on the border. His friend had been hurled off a rooftop in Syria’s ISIS-controlled Raqqa.

His chances for survival –  after deserting the army and fleeing Syria – were slim.

“There were moments where I lost hope,” Salim* said, recalling his journey in a phone call to Fox News from Germany. “I had nothing to lose. I’ve already seen death, suffering and every bad thing a human being can imagine. A phone call with my loved ones and the will to meet them again gave me a slight hope to push through.”

He’d paid a smuggler $20,000 and spent the previous four weeks making his way from Damascus in southern Syria, where he was born, to Idlib in the north, which is controlled by the terrorist group Al-Nusra Front. He thought the militants might find out about his sexuality or his service in Syria’s army.

Fadi Salim is seen on his last day in Izmir, Turkey, looking out at the Aegean Sea. (Courtesy of Fadi Salim)

Salim was exhausted, but he ran the last 20 miles or so across the border to safety in Turkey. His first night was spent sleeping between cows on a farm to evade discovery before he was taken to Hatay in southern Turkey.

Salim, 27, had been serving in the Syrian army, which forces all men to enlist at the age of 18 or when their studies are finished. However, he was against violence and felt threatened because of his sexuality. While he was in the army, Salim witnessed the aftermath of ISIS beheadings, images that still haunt him.

Learning on social media that his young friend was thrown from a high building because of his sexual orientation was a turning point for Salim.

“All the society in Damascus and cities where they are not under ISIS, they say ‘we don’t share ISIS values,'” said Salim. “But these same people are writing comments on Facebook saying ‘we don’t care, let the fa**ots die.’”

ISIS militants are seen throwing a suspected gay man off of a rooftop. (Courtesy of Fadi Salim)

Gay men in war-torn Middle Eastern countries face threats from three directions. ISIS stages public executions of gay men by hurling them off rooftops and stoning them. Iraq and Syria have laws on the books criminalizing same-sex relationships. Their own families often disown or imprison them, with some even giving them up to the Islamic State group.

In the case of his friend, Salim said it’s possible that his friend’s family told the Islamic State that he was gay.

“If a family member kills their son for being homosexual, they won’t pay a penalty for killing him,” said Salim. “In the Army, it’s more dangerous to be homosexual. You can be sent to jail and tortured.”

The ferry that Salim took from Lesbos, a Greek island in the northern Aegean Sea, to Athens. (Courtesy of Fadi Salim)

ISIS has executed dozens of men suspected of being gay by blindfolding them and throwing them off rooftops. The militant group, which harnesses existing prejudice against gay men in the two countries, often distributes photographs of the barbaric executions on social media.

“What ISIS represents, what they stand for, has nothing to do with a religion whatsoever. They have no understanding of Islam,” said Tarek Elgawhary, director of religious studies at the World Organization for Resource Development and Education in Congressional testimony. “This parallel religion that they have created is no more Islam than a pool with one lemon squeezed into it is lemonade.”

A large crowd of refugees gather at the border of Slovenia and Austria. (Courtesy of Fadi Salim)

President Trump has made it a priority to defeat the terrorist group. A State Department spokesperson told Fox News that ISIS’ crimes against the LGBT community have been “abhorrent and well-documented.” The spokesperson said violence and discrimination targeting any vulnerable group undermines American values and that when all people are protected on the basis of equality and with dignity, the country’s shared humanity is strengthened.

The United Nations High Commissioner for Refugees considers LGBT people to be “extremely vulnerable” because, unlike refugees who are persecuted solely because of their religious beliefs or ethnic background, they can face discrimination and violence from their own families and communities.

“The need to ensure that the rights of LGBTI people are respected has recently received increased attention and support from UN agencies and the broader humanitarian and human rights community. However, despite significant progress, discrimination against LGBTI persons persists,” UNHCR Assistant High Commissioner for Protection Volker Turk said in a statement.

Although Article 520 of Syrian penal code of 1949 prohibits “carnal” relations that are “against the order of nature” and provides for at least three years of imprisonment, it wasn’t until the rise of the Islamic State group, which is only now losing some of its territory in the region, that gay men were hunted like prey and barbarically killed in such a public way.

The militants use phone records and social media accounts of men that it captures in order to track down other gay men.

A supporter of MTV Syria - Love Wins is seen at the Citadel of Aleppo, a large medieval fortified palace in the center of the old city of Aleppo, northern Syria. (Courtesy of Fadi Salim)

After meeting his parents, his two brothers and his boyfriend, who had flown out of Syria, in Turkey, Salim went to Greece, Macedonia, Croatia, Serbia, Slovenia and Austria before finally landing in Germany. His family members thought it was his “best friend.” They would have been arrested by the government had they stayed behind.

Salim has been living in Frankfurt with his boyfriend for almost two years. He has a new online organization MTVSyria - Love Wins. “You Are Not Alone” is a campaign to show the LGBT community in the Middle East by collecting and posting photos online with people holding signs bearing the group’s name, the campaign and the location where the image was taken. Images from 600 different places worldwide, including Saudi Arabia, Russia, Jamaica, Syria and Taiwan, have been posted.

The group is working with other NGOs and nonprofits to raise awareness of the existence of LGBT people in Syria, find resources for those being persecuted for their sexuality and help those who are trying to escape the war-torn region.

*Not his real name