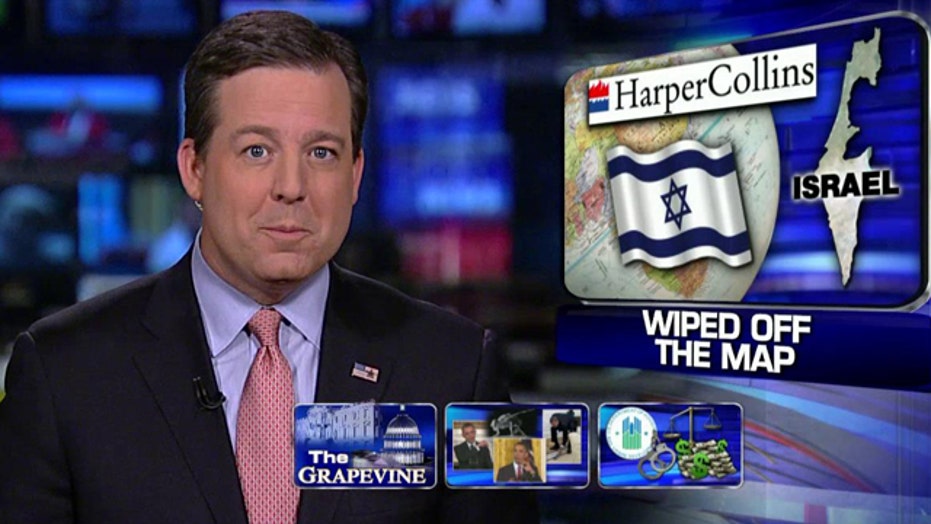 Publishing giant HarperCollins is apologizing for losing its way with a new atlas that scrubbed Israel from the face of the Earth in a bid to cater to Middle Eastern nations.

The company, which is a subsidiary of NewsCorp, has been selling the atlas it says was “developed specifically for schools in the Middle East.” It claims to provide students an “in-depth coverage of the region and its issues.” The atlas shows Syria, Jordan and even Gaza, but the name Israel does not appear on it, according to a story first reported by the Catholic publication, the Tablet.

“HarperCollins regrets the omission of the name Israel from their Collins Middle East Atlas,” HarperCollins UK said Wednesday on its Facebook page. “This product has now been removed from sale in all territories and all remaining stock will be pulped. HarperCollins sincerely apologizes for this omission and for any offense it caused.”

Reviewers on Amazon were not kind about the omission.

“Failing to recognize its existence is horrifying and it’s a shame that in 2014, such nonsense still goes on,” one reviewer wrote.

How did this happen? Collins Bartholomew, a subsidiary of HarperCollins that specializes in maps, told the Tablet that it would have been “unacceptable” to include Israel in atlases intended for the Middle East. They had deleted Israel to satisfy “local preferences.”

“The publication of this atlas will confirm Israel’s belief that there exists hostility toward their country from parts of the Arab world. It will not help to build up a spirit of trust leading to peaceful co-existence,” a British bishop named Declan Lang, who chairs a conference that first highlighted the omission, told the Tablet.