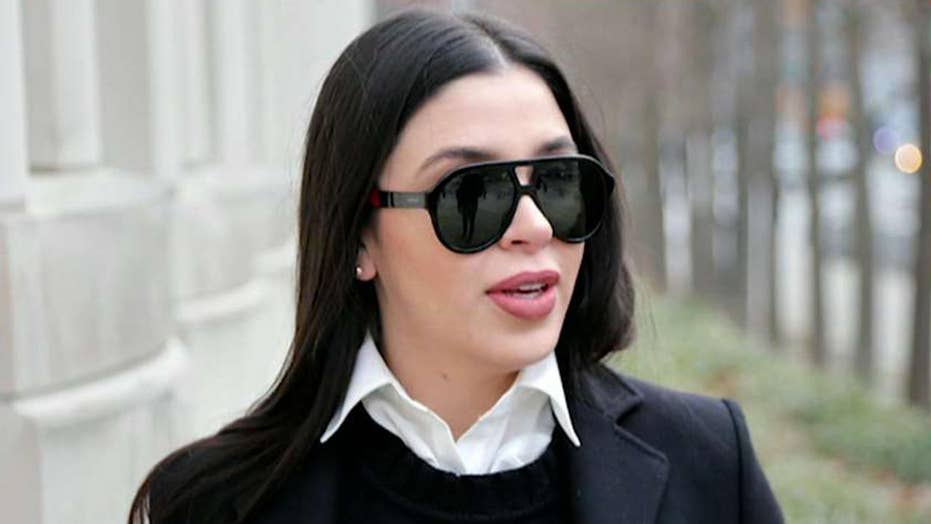 The daughter of convicted Mexican drug lord Joaquín “El Chapo” Guzmán married the nephew of an alleged cartel money launderer dubbed “The Empress” last month, in a private Mass at a cathedral where she arrived in an armored, bulletproof white limousine, according to reports.

The groom’s aunt is Blanca Margarita Cazares, who in 2007 was sanctioned by the U.S. Treasury for her “sophisticated money laundering apparatus” and connections to Ismael “El Mayo” Zambada Garcia and Victor Emilio Cazares, of the Sinaloa Cartel. The woman, dubbed “The Empress” by the U.S. Drug Enforcement Administration (DEA), reportedly has fled Mexico.

The father of the bride was also absent – he’s serving a life sentence in a maximum-security prison in Colorado – but the Sinaloa cartel he once controlled still holds firm grasp in the region.

One of the sons of “El Chapo,” Ovidio Guzmán López, reportedly attended the Mass and subsequent reception at the nearby “Big Alamo” estate. In October, he was briefly detained by Mexican soldiers before the cartel swiftly descended on Culiacan, and in an enormous show of strength, overpowered the military, securing his release.

The city’s cathedral was closed off to the public during the ceremony – a symbol viewed as some of the strong link between the cartel and the Mexican Catholic church, which has been accused of helping to launder drug trafficking money through the collection plate, The Guardian reported.

“This has been one of many Achilles' heel of the Mexican church – its relationship with organized crime – in the last 30 years or so,” Rodolfo Soriano-Nuñez, a sociologist who studies the Mexican Catholic Church, told The Guardian. “Locking down the cathedral and pretty much giving it away gives very bad optics and forces one to raise all sorts of questions regarding the decision-making process.”

Social media posts showed yellow tape at the cathedral during the wedding. Other photos and videos shared online showed the couple enjoying a fireworks show after their nuptials, as well as popular Mexican band Calibre 50 and singer Julion Alvarez performing for guests, The Sun reported.

Alejandrina shared a dance at the reception with her mother Maria, the first wife of "El Chapo." The drug kingpin is believed to have more than a dozen children, including a set of twin girls with his current wife, Mexican beauty queen Emma Coronel Aispuro, who frequented his lengthy federal trial in Brooklyn in late 2018 and early 2019.

Since her father was sentenced to life behind bars, the bride has capitalized on his fame, launching a fashion brand "El Chapo 701" – alluding to Forbes magazine naming the drug kingpin the 701st richest person in the world in 2009 – and a subsequent line of “El Chapo” beer. More than a decade ago, Forbes estimated Guzman's net worth was $1 billion.