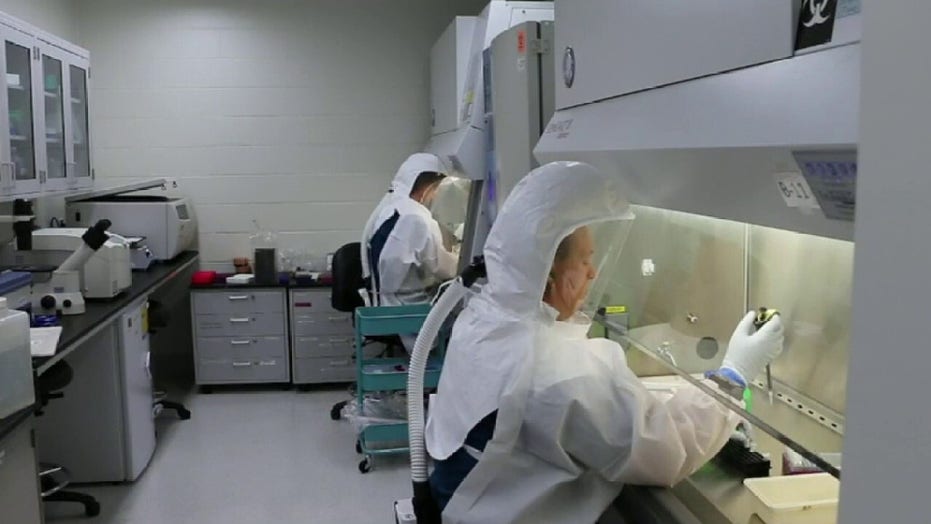 Researchers are hoping they can fast-track a synthetic DNA treatment that blocks the virus from replicating in human cells; Mike Tobin reports.

A 74-year-old Ecuadorian woman believed to have died from coronavirus complications a month ago woke up from a coma last week and asked doctors to call her sister, reports said.

Alba Maruri’s family members were overjoyed that the septuagenarian was alive, but they were left wondering whose remains the hospital cremated and sent them weeks ago, the family told news outlets.

“An ambulance arrived with a doctor, a psychiatrist and the social worker,” Aura Maruri, Alba’s sister, told Reuters via telephone. “They apologized, and they tell us, ‘Your sister is alive,’ and we were in shock. It is a miracle of God what has happened.”

Doctors initially told the family that Alba Mauri died on March 27 shortly after being admitted to a hospital in Guayaquil with a high fever and difficulty breathing, Ecuadorian daily El Comercio reported.

The family was shown a corpse at the hospital morgue, but they had to keep their distance due to fears the virus could spread, according to the BBC. The body was taken away and cremated at the family’s expense, and the family received the ashes about a week later.

But Alba Maruri awoke from her three-week coma on Thursday, according to reports, and shocked doctors realized the case of mistaken identity when she asked hospital staff to call her sister Aura to pick her up.

The family was not able to visit Alba Maruri until Saturday due to curfew restrictions meant to slow the spread of the virus, according to news outlets. They asked to be reimbursed for the cost of the cremation and compensated for the mix-up.

Health Minister Juan Carlos Zevallos told reporters that the case was under investigation.

Guayaquil is considered the epicenter of the outbreak in Ecuador, where the virus as infected at least 22,719 people and killed 576 as of Sunday.