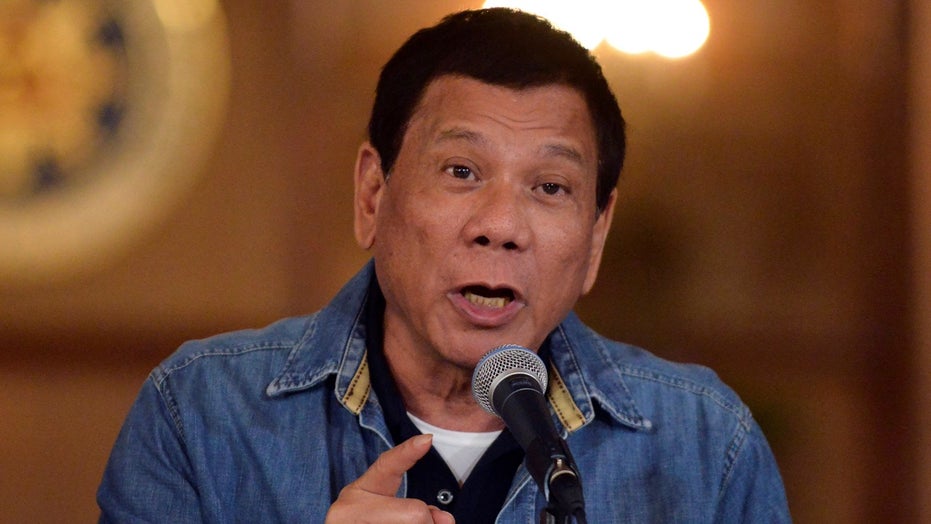 Philippines President Rodrigo Duterte said Thursday that he was once gay but “cured” himself after meeting his former wife.

He made the comments during a trip to Japan where he accused his political opponent Sen. Antonio Trillanes IV of being gay, claiming that the way he moved proves that.

"I said, ‘Are you sure?’ They said, ‘You ask any gay person who sees Trillanes move, they'll say he's gay,’” he said, the Filipino news organization Rappler reported.

“Good thing Trillanes and I are similar. But I cured myself. When I began a relationship with [ex wife Elizabeth] Zimmerman, I said, this is it. I became a man again.”

“Good thing Trillanes and I are similar. But I cured myself,” Duterte continued. “When I began a relationship with [ex wife Elizabeth] Zimmerman, I said, this is it. I became a man again,” he continued.

Duterte has once tried to appear moderate on LGBT issues in the Philippines, a fairly religious country, and even promised to legalize same-sex marriages during the presidential election, claiming that gay people were created by God.

“Same-sex marriage is good. Everyone deserves to be happy," Duterte said back in 2015, according to the Filipino outlet.

But shortly after getting into power, Duterte balked at the proposal and criticized transgender rights in the U.S.

“There's no gender, because you can be or she ... that's their culture. That's only for them,” he reportedly said. “That can't be applied to us, we're Catholics. And there is the Civil Code, which is you can only marry a woman for me, and for woman to marry a man. That's the law in the Philippines.”