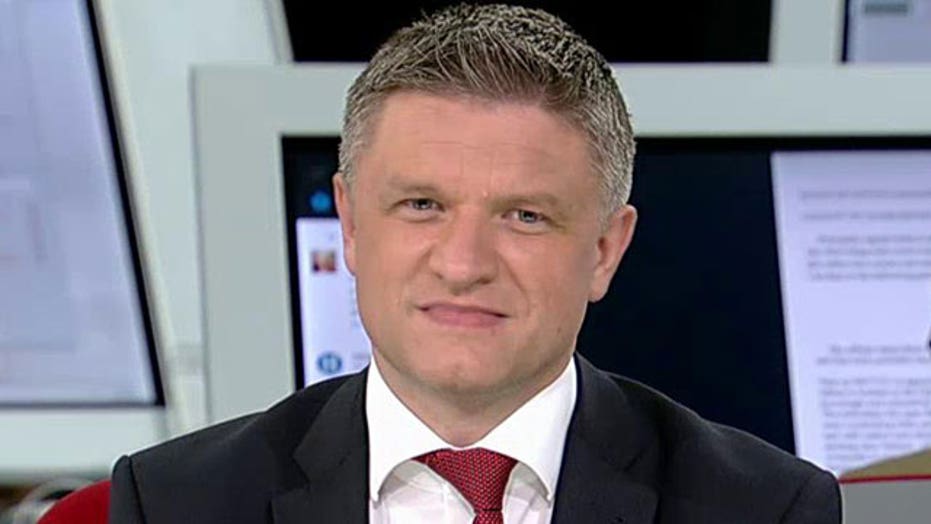 Ukrainian gov't official urges US to keep pressure on Russia

THE HAGUE, Netherlands – Dutch prosecutors said Tuesday they have found what they believe could be parts of a Buk missile system at the site in eastern Ukraine where Malaysia Airlines Flight 17 was brought down last year.

The announcement represents the first time prosecutors have confirmed possible physical evidence of a missile bringing down the plane and killing all 298 people on board.

The prosecutors, who are leading an international criminal probe into the deadly crash on July 17, 2014, said in a written statement that the parts "are of particular interest to the criminal investigation as they can possibly provide more information about who was involved in the crash of MH17."

Though they have previously said a missile strike is the most likely explanation for the crash, they have never revealed that they are in possession of possible missile parts.

People walk amongst the debris at the crash site of a passenger plane near the village of Grabovo, Ukraine. (AP)

However, they cautioned that the conclusion cannot yet be drawn "that there is a causal connection between the discovered parts and the crash of flight MH17."

Prosecutors will now enlist the help of weapons and forensics experts to further investigate the suspected missile parts, said spokesman Wim de Bruin. He declined to give more details of the parts that are under investigation.

The parts were found during Dutch recovery missions to the crash site. Dutch authorities have conducted several missions to the site to recover human remains, victims' belongings and parts of the downed Boeing 777.

Parts of the wreckage of the Malaysia Airlines Flight 17 are displayed in a hangar at Gilze-Rijen airbase, Netherlands. (AP)

Malaysia Airlines Flight 17 was heading from Amsterdam to Kuala Lumpur when it was brought down over conflict-torn Ukraine. Russian-backed rebels and Ukrainian forces have blamed one another for shooting down the plane. Both sides deny responsibility.

A report by the Dutch Safety Board into the cause of the crash is expected by the end of October, while the separate international criminal investigation is likely to take months more to complete.