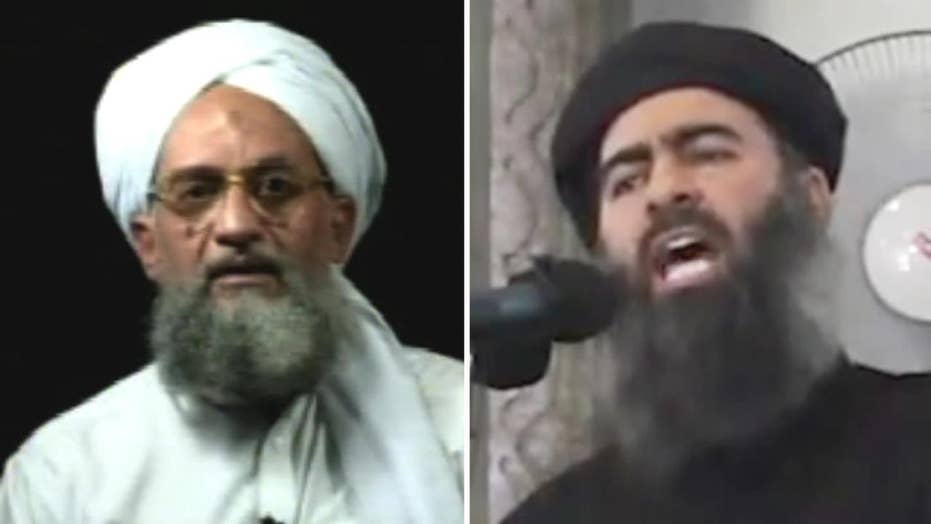 Vice President Ayad Allawi told Reuters he got the information from contacts in Iraq and the region. He did not reveal more specific details about the source of his information.

Allawi said the leader of ISIS, Abu Bakr al-Baghdadi, and the head of Al Qaeda, Ayman al-Zawahiri, are not communicating with each other directly but through intermediaries.

“I don’t know exactly when, but there are discussions and dialogues between messengers,” he said, adding that it’s not clear how the two groups will work together.

The Islamic State, which made territorial gains in Mosul and parts of northern Iraq, has more recently been pushed out of much of the region under pressure from an international coalition that includes the United States.

Despite losing ground, the group still controls areas in Mosul’s Old City, where the narrow streets have slowed coalition forces. ISIS still maintains control of a handful of other Iraqi towns and its base in Raqqa, Syria.

Despite concerns the groups might be trying to forge an alliance, they have been competing with another for fighters, money and other resources ever since ISIS split from Al Qaeda in 2014.

Some analysts said animosity between the two groups is further fueled by competition to each be seen as the true leader of the Islamic jihadist cause.

Although ISIS might now be on the run, Allawi said that does not mean the group has been eliminated.

“I can’t see ISIS disappearing into thin air,” he said. “They will remain covertly in sleeping cells, spreading their venom all over the world.”