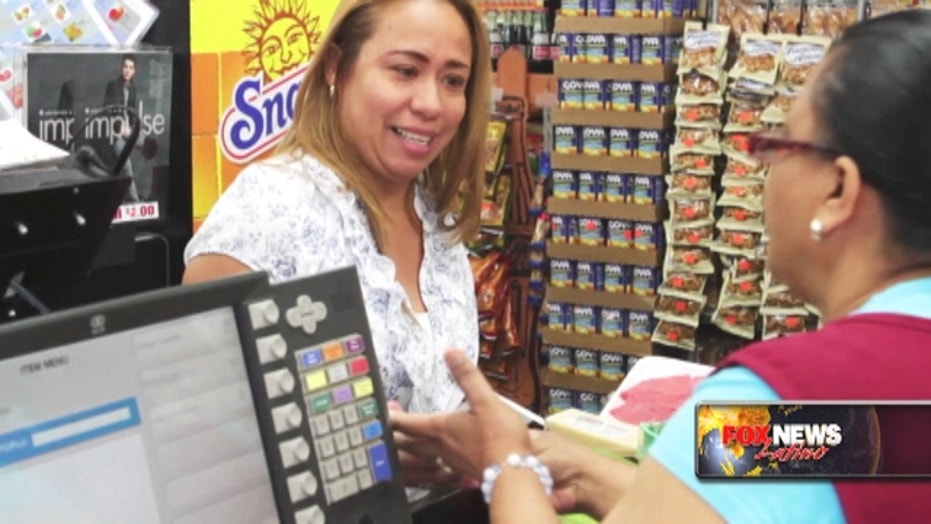 A Dominican immigrant, and a graduate of the Wharton School of Business, is making it easier for families to send money back to their loved ones in Latin America - with a click of a button.

A Dominican immigrant, and a graduate of the Wharton School of Business, is making it easier for families to send money back to their loved ones in Latin America — with a click of a button.

Like millions of Latinos, Edrizio De La Cruz, 33, and his mother have been sending money back to their family – in this case aunt and grandmother in the Dominican Republic – since he moved to New York City more than 20 years ago. And like for most immigrant families, the process of sending cash or wiring funds overseas through, say, Western Union, can be expensive, cumbersome, and in some cases dangerous.

"I noticed when I sent the money it was a headache for them to receive it," De La Cruz told Fox News Latino. "They had to go to remittance agency, wait online, fill out a form, pay huge fees, put the money in the pack, and go back home. It is very dangerous for men and women of age to have to deal with that hassle."

Edrizio often feared of his older aunt and grandmother becoming easy targets for would be criminals in search of an easy cash pay out in U.S. dollars.

So two years ago, De La Cruz, created Regalii.com, which allows immigrants to send money online from a computer or mobile phone. For a flat fee of $3, a user can send money via text. It all works like a prepaid gift card. A text with a pin code goes directly to the family member’s cell phone in the DR and they in turn use that pin-code at a local participating supermarket where they can buy food, medicine, or pay their bills.

The text and pin code eliminates the need for recipients to pick up cash, and gives senders the peace of mind that the money can only be used in participating stores offering basic necessities.

“The customers wanted a way of controlling how their funds were being spent,” De La Cruz said. “When you send remittances…it’s a complete black box, you have no idea how it’s being used for gambling, for drinking, and that causes a vicious poverty cycle that inhibits people to get out of that poverty cycle. This is one way to providing some structure to those funds. It provides peace of mind and a sense of security for your loved ones across the border.”

The United States is the most important source of money sent home by migrants to Latin America accounting for 75% of the $54 billion  sent back home to families in Latin America in 2013. According to Pew Research Center, Remittances accounted for at least 10% of GDP in El Salvador, Honduras and Guatemala.

Regalii.com, one of the few tech start ups operating out of Washington Heights, a Dominican neighborhood in Manhattan, has 13 employees and has expanded from 0 to 21,000 users over the past year. By the end of 2014, the company will have a partnership with a supermarket in every city in Dominican Republic and the company has plans to expand. By Q1 in 2015, Regalii.com, plans on being available in Mexico. Mexico accounts for 40 percent of total remittances sent from the U.S. to Latin America.

“With our model you have a degree of transparency,” De La Cruz said of his company.  “A degree of peace of mind for your hard earned dollars.”