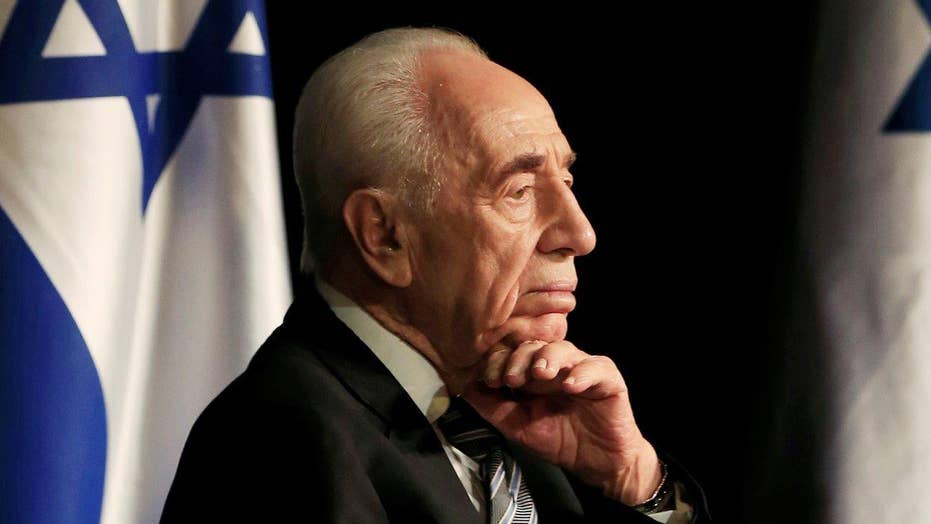 Shimon Peres in 'serious but stable' condition after stroke

Hospital director Yitzhak Kreiss said Peres' condition remained serious on Wednesday, 24 hours after he was rushed in for treatment.

But he says there has been a "certain improvement" in his neurological functions.

He says Peres, who has been in a medically induced coma, has regained consciousness from time to time.

Doctors are also trying to reduce some of the sedatives to evaluate him, which Kreiss says is a "good sign."