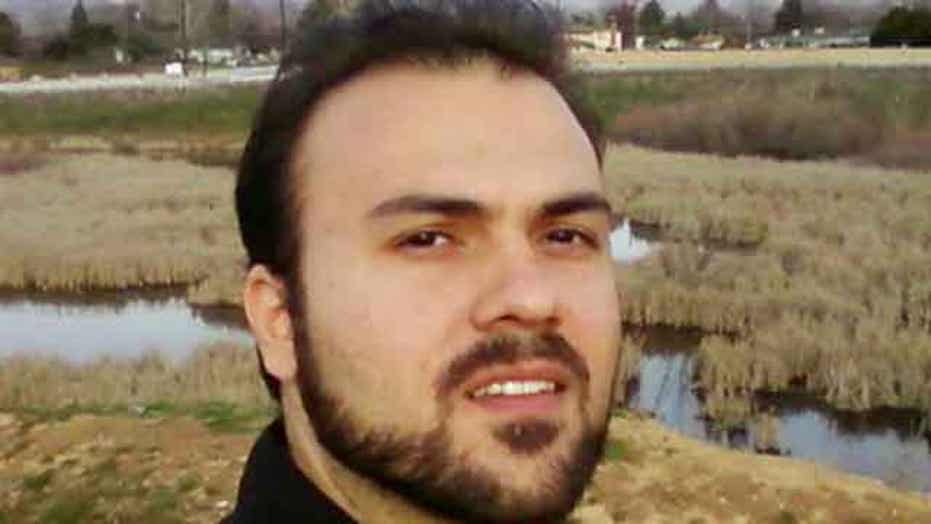 The United States may have just lost its best leverage to secure the release of four citizens held in Iran.

Monday’s nuclear agreement with Iran includes no provisions for the release of three Americans known to be detained in Iran and a fourth thought to be held captive by the Islamic Republic.

“What happened today makes a bad deal even worse,” said Jay Sekulow, chief counsel of the American Center for Law and Justice. “We will now focus our attention on convincing Congress to reject this deal.”

"They are husbands, fathers, sons, and brothers. Do not forget them”

“We continue to call on Iran to immediately release the detained U.S. citizens,” Kerry said. “These Americans have remained in our thoughts throughout this negotiation. And we will continue to work for their safe and their swift return. And we urge Iran to bring our missing Americans home as well.”

Saeed Abedini has not seen his family in nearly three years, including young daughter Rebekka and son Jacob. (Fox News)

Hekmati, 32, was arrested in August 2011, accused of being a spy. His family says he was in Tehran to visit his grandmother and had received permission to make the visit from the Iranian Interests Section of the Pakistani Embassy in D.C. Initially convicted of spying and sentenced to death, the initial verdict was overturned and Hekmati was instead given 10 years.

Rezaian, 39, was detained in July 2014 with his wife and two photojournalists. Rezaian's companions have since been released, but Rezaian has been held on charges related to espionage and anti-Iranian propaganda.

Abedini, 35, was arrested in September 2012 while helping to build an orphanage. A native of Iran, Abedini had made frequent trips back to the Islamic Republic to see members of his family. He was sentenced to eight years on charges related to gathering with Christians in private homes.

Abedini’s wife, Naghmeh, pleaded with Congress in a statement released Tuesday to ensure her husband was not forgotten.

Dec. 27, 2011: In this video frame grab image made from the Iranian broadcaster IRIB TV, U.S. citizen Amir Mirzaei Hekmati, accused by Iran of spying for the CIA, sits in Tehran's revolutionary court in Iran. (AP)

“My children have desperately missed the loving embrace of their father for the last three years of their lives,” she said. “They have grown up almost half of their lives without their father. Please help us ensure the remainder of their childhood includes both a mother and a father.”

Sekulow said not making the prisoners’ freedom part of the Iran deal was “unconscionable.”

The case of the fourth American involves murkier circumstances.

Levinson, 67, disappeared on Iran’s Kish Island in March 2007. His wife said last year that Levinson had been working with the CIA and an Associated Press investigation revealed that Levinson was meeting with an American fugitive who had ties to Iranian government reformers. The White House, however, has denied that Levinson was a current government employee, and Iran has never officially accepted responsibility for his disappearance. Levinson has not been heard from since early 2011.

To this point, public actions from Congress and the Obama administration have been limited to carefully-worded requests for release.

April 11, 2013: Jason Rezaian, an Iranian-American correspondent for the Washington Post has been imprisoned for over a year with charges of espionage. (AP Photo/Vahid Salemi, File)

“At this time of renewal, compassion, and understanding, I reiterate my commitment to bringing our citizens home and call on the government of the Islamic Republic of Iran to immediately release Saeed Abedini, Amir Hekmati and Jason Rezaian and to work cooperatively with us to find Robert Levinson so that they all can be safely reunited with their families as soon as possible,” Obama said in a March 20 statement.

The House of Representatives unanimously approved a resolution on June 15 asking that Hekmati, Abedini and Rezaian be released.

In this undated photo provided by Christine Levinson, Robert Levinson is shown. (AP)

As the nuclear deal approached the finish line, Obama’s public statements seemed to suggest the imprisoned Americans would not be part of any final agreement.

“This is something that we continue to push hard on, irrespective of the nuclear deal,” Obama said on June 30.

Sen. Ted Cruz, R-Tex., said Monday's agreement was "no 'opportunity to move in a new direction'" for the four Americans and lamented the language used to ask for their release.

"We owe it to our fellow Americans to elevate, not ignore, their plight," Cruz said, "to demand their swift and unconditional release by the implacably hostile regime that holds them."

“These are human lives. Lives which hold inherent dignity endowed by our Creator,” she said in a statement on Monday. “They are neither a mere statistic nor collateral damage in the world's attempt to curtail Iran's nuclear development. They are husbands, fathers, sons, and brothers. Do not forget them.”