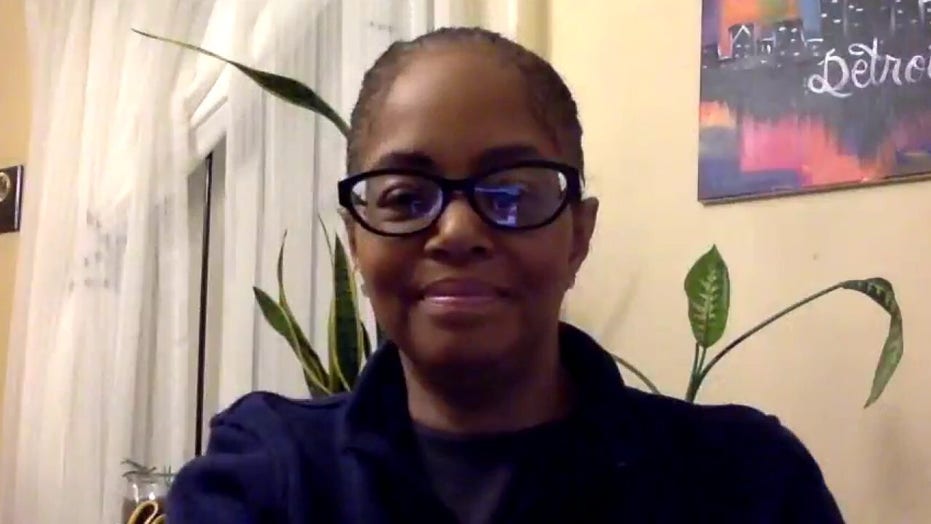 It has become one of the most controversial words in the world: hydroxychloroquine.

For several weeks, the primarily anti-malaria drug has been touted by President Trump and others in the media as a vital aid in treating those suffering from coronavirus, given that there is not yet a Food and Drug Administration-approved treatment.

So is there any possible correlation between countries where the drug is routinely administered due to high malaria rates and lower cases of COVID-19? It’s too early to tell, medical professionals say, but it’s part of the investigation process.

“If you look [at the] countries where malaria is more prevalent and countries where COVID-19 infections are prevalent, you will find a striking difference. This correlation needs to be explored further as this is not just a mere coincidence,” Dr. David Nazarian, a Beverly Hills-based physician, diplomate at the American Board of Internal Medicine and founder of My Concierge MD, told Fox News.

The drug initially burgeoned on the scene with an FDA thumbs-up in 1955 and has been used as a proven remedy in the treatment of malaria, rheumatoid arthritis and lupus.

After a very small preliminary study conducted in France in the early weeks of COVID-19, Trump and other physicians pinned it as an aid in preventing the virus' cells from entering the body's cells, thus possibly helping clear the infection sooner.

A mother holds her baby receiving a new malaria vaccine as part of a trial at the Walter Reed Project Research Center in Kombewa, Western Kenya, on Oct. 30, 2009.   (AP Photo/Karel Prinsloo, File)

Under Trump’s urging, the federal agency passed an emergency order last month, enabling doctors to administer hydroxychloroquine, which goes under the brand name Plaquenil, to coronavirus patients where they deemed appropriate, in practice referred to as “off-label prescribing.”

While much data is missing from the global coronavirus pie, given the lack of testing and in many cases government accountability to present accurate facts and figures, some science professionals have drawn elemental summations that while countries such as the United States, the United Kingdom and swaths of Europe have been battered by the virus, places with high malaria incidences have not — at least not yet.

Malaria, an infectious disease that impacts both animals and humans, takes root mostly in the tropical and sub-Saharan pockets of the planet.

The continent of Africa is by far the most impacted as a result of the large volume of mosquitos – which are responsible for transmitting the infection – and the weather conditions, which enable the illness to thrive year-round with little reprieve.

While malaria cases are considered to be a threat in 91 countries and territories, there is a handful of them that are especially hard hit.

In its most recent malaria assessment, released in December, the World Health Organization points to Africa as having endured some 93 percent – 213 million of all the 228 million cases – documented in 2018. This was followed by South East Asia at 3.4 percent and the Eastern Mediterranean region at 2.1 percent.'

A bottle of hydroxychloroquine is displayed on a table on Tuesday, April 7, 2020, in Texas City.  (AP Photo/David J. Phillip)

Specifically, 19 countries ferry 98 percent of the world’s malaria onus — all located in Sub-Sahara Africa and India. Six countries accounted for over half of all malaria infections globally: Nigeria at 25 percent, the Democratic Republic of Congo at 12 percent, Uganda at 3 percent, and Mozambique, Niger and Cote de’ Ivoire all at 4 percent. According to the World Atlas, the other plagued places include Pakistan, Ethiopia, Malawi and Niger.

Where do these nations lie when it comes to coronavirus rates? Here are the numbers of coronavirus cases recorded in these countries so far:

Nazarian pointed out that the confirmed infection of coronavirus in these countries is around 0.1 percent.

It remains unclear which countries are using hydroxychloroquine on patients with coronavirus, and many have highlighted that the countries also may lack testing resources hence the low numbers. Nonetheless, malaria is considered by the WHO to be both preventable and treatable. But the notion of the drug having a role in preventing infections like the novel coronavirus in the first place is thus far unproven, some experts have stressed.

Dr. Imran Sharief, a California-based pulmonary and critical care physician who is currently using the drug to treat patients, concurred that, so far, there is no correlation formally reported regarding coronavirus and malaria-burden nations.

“Only to test this hypothesis is to have patients who developed malaria follow them longitudinally and see if they develop COVID-19 or not,” he said.

Seven weeks after confirming its first case, the virus has infected some 10,000 in Africa – out of a population of 1.2 billion – and claimed the lives of almost 5,000. Experts warn it may only be the tip of the iceberg, and the coming weeks could amount to catastrophe given the delicate health infrastructure and diminished resources that have long plagued many pockets of the continent.

Despite the relatively low confirmed numbers in Africa, many warn it’s a storm that is brewing and could amount to catastrophe. 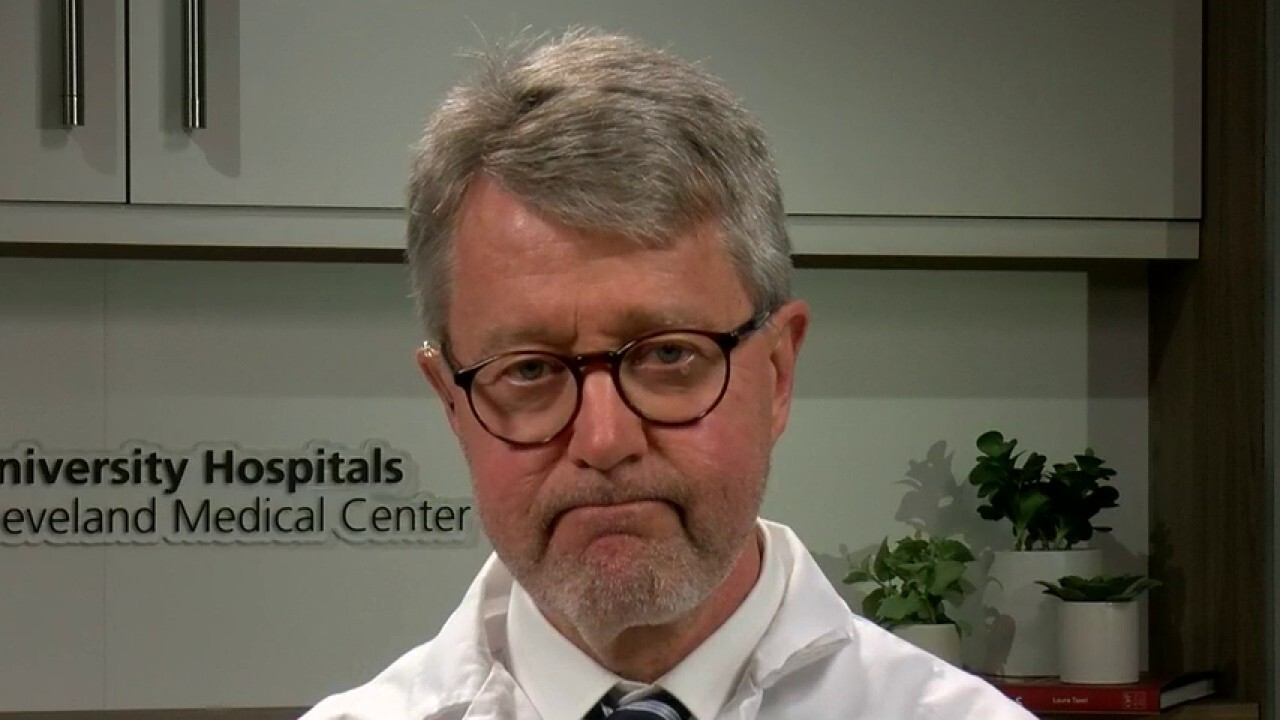 Dr. Keith Armitage tells 'Outnumbered Overtime' that it's too soon to conclude that the anti-malaria drug is an effective coronavirus treatment.

Meanwhile, in the United States, where the virus has already claimed the lives of more than 13,000, hydroxychloroquine is an unconfirmed cling to hope, and one that has fissured the medical community.

“There are recent vitro studies that show that both hydroxychloroquine and chloroquine have antiviral properties against COVID-19. These studies showed that these medications interfered with the chemical environment of the human cell membrane and blocked the virus from entering and multiplying inside the cells,” Nazarian explained. “It is also thought that these medications help to reduce inflammation in the body.”

As it now stands, at least 4,000 seriously ill New Yorkers – at the global epicenter of the outbreak – are being treated with hydroxychloroquine, according to state health officials.

However, critics have been quick to opine that Trump is hawking a medicine for coronavirus victims without science-stamped “conclusions” pertaining to its effectiveness or safety as a treatment for the novel pathogen.

“If someone thought the drug was protective against transmission, they might take fewer precautions, and the risks to others might then paradoxically increase,” cautioned Dr. Stanley Weiss, a professor of Medicine and Epidemiology at Rutgers New Jersey Medical School. “This is a well-known concern in vaccine trials, where behavior change and potential risks need to be carefully weighed against efficacy.”

Dr. Anthony Fauci, director of the National Institute of Allergy and Infectious Diseases, has cautioned that hydroxychloroquine is far from being a “knockout drug” and the American Medical Association, the American Pharmacy Association and the American Society of Health-System Pharmacy have also remained wary — even issuing a joint letter warning doctors about prescribing it for the purpose of fending off the coronavirus.

Employees deliver a body at Daniel J. Schaefer Funeral Home, Thursday, April 2, 2020, in the Brooklyn borough of New York City. The company is equipped to handle 40-60 cases at a time. But amid the coronavirus pandemic, it was taking care of 185 Thursday morning. (AP Photo/John Minchillo)

Moreover, Dr. Attila Hertelendy, a professor in emergency and disaster management at Georgetown University, underscored that while there is some preliminary evidence from in-vitro studies that suggest the combo could inhibit coronavirus activity, “there is scant empirical evidence to support using antimalarials as an effective and safe treatment for the masses.”

“Studies made to date, such as French and Chinese research, are limited in scope and only a small group of patients were studied,” Hertelendy continued. “No conclusive evidence exists, however, there are 22 clinical trials in various stages around the world that provide an opportunity to study this potential combination.”

When pressed about the dangers, Trump has bluntly responded, “I’m not a doctor, but I have common sense.”

Last week, India – where the drug is currently exported from – announced a sudden ban on its outbound trade, but made a swift about-turn on Tuesday following a threat of retaliation by Trump. And while extensive studies are underway in the quest to determine its safety and use, it remains unclear when there will be conclusive evidence. With thousands dying every day, time is of the essence.

“Hydroxychloroquine is a relatively well-tolerated medicine that has been around for many years, and most people tolerate it without any side effects," Nazarian said. "The most common side effects reported include GI symptoms such as stomach pain, nausea, vomiting and headache. These side effects, like most other medications, can often be reduced by taking the medication with food,” he added.

“At higher doses, chloroquine and hydroxychloroquine can cause what is called long QT prolongation, which can lead do an abnormal heart rhythm. Overdose of antimalarial drugs, particularly hydroxychloroquine, can be fatal, so they must be kept out of the reach of children.”