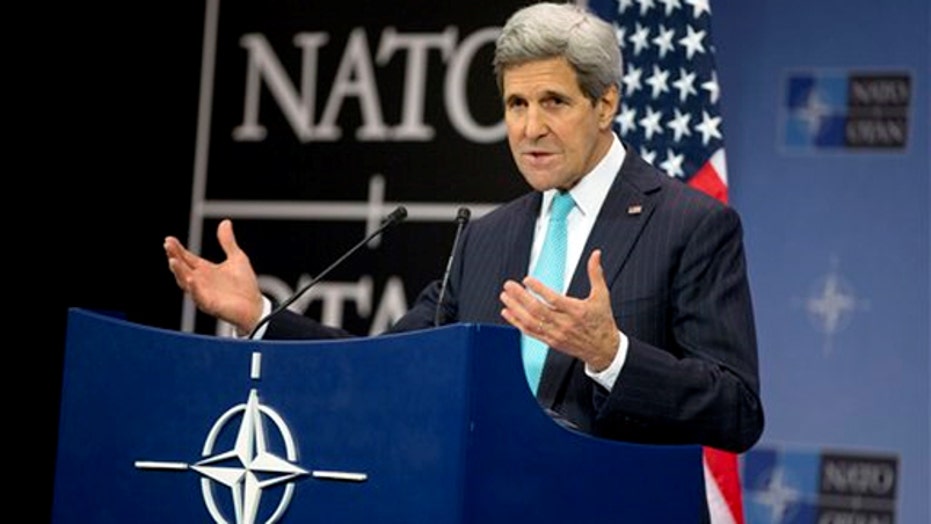 BRUSSELS – A global fight against Islamic State militants will likely take years to fully succeed, but nations are prepared to engage "for as long as it takes" to defeat the bloody insurgency, U.S. Secretary of State John Kerry said Wednesday.

Nearly a year after the Islamic State overran key cities in western Iraq, diplomats from more than 60 counties and international organizations gathered in Brussels to plot a way forward against what has since become one of the world's worst terror threats.

The mostly Sunni Muslim insurgency now stretches across much of northern Iraq and Syria, and has attracted thousands of foreign fighters from around the world, including Europe. Its elusive leadership is flush with financial support from illicit donations and black-market oil sales.

"We recognize the hard work that remains to be done," Kerry told the gathering at NATO headquarters, which hosted what was, to date, the largest meeting of foreign ministers to discuss the Islamic State. "Our commitment will be measured most likely in years, but our efforts are already having a significant impact."

"We will engage in this campaign for as long as it takes to prevail," the top U.S. diplomat said.

Kerry also met privately with Iraqi Prime Minister Haider al-Abadi, who asked for "a lot of support to be able to crush Daesh" — the Arabic acronym for the Islamic State.

"I think we're the only country in the Middle East who is really fighting Daesh on the ground," al-Abadi said.

Since Aug. 8 — nearly two months after militants seized control of Mosul, Iraq's second-largest city — the U.S. and allies have launched more than 1,000 airstrikes against the Islamic State in Iraq and Syria. Kerry said the attacks have greatly hampered the insurgency, and cited training missions and equipment being supplied by other nations that have joined the coalition since it was created less than three months ago.

Diplomats acknowledged the effort was slow to start, and one senior U.S. official described Wednesday's meeting as the "end of the beginning" of the global coalition's push to degrade the militancy.

On Tuesday, the Pentagon said Iran had launched airstrikes against Islamic State forces in eastern Iraq. The U.S. has not invited Iran to join the coalition fighting the militants and Iran has said it would not join in any case.