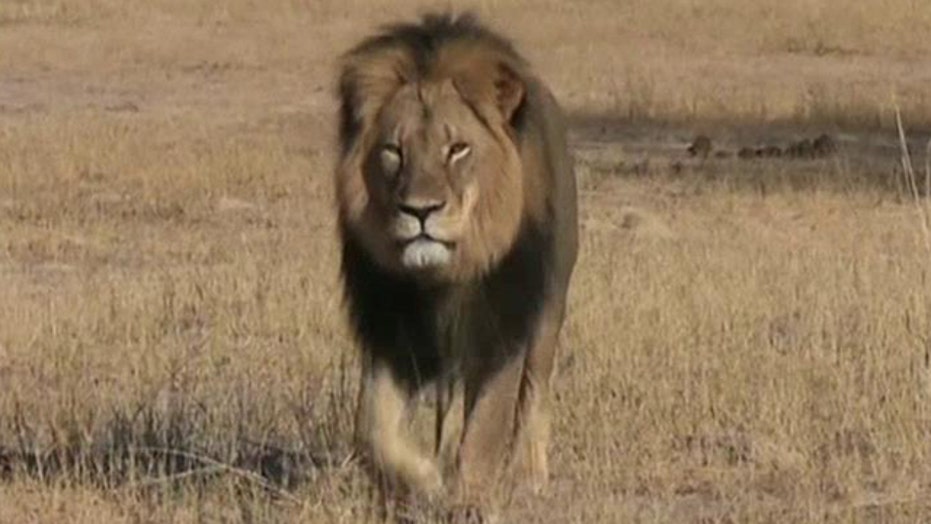 Who is at fault for the killing of Cecil the lion?

Walter Palmer, the Minnesota dentist who has gone into hiding amid an international outcry over his killing of a beloved African lion, also wanted to shoot a large elephant on the ill-fated hunting trip, his guide has told a British newspaper.

Theo Bronkhorst told The Daily Telegraph Thursday that after killing the lion, known as Cecil, Palmer asked the guide if he could locate an elephant whose tusk weighed more than 63 pounds "which is a very large elephant."

"I told him I would not be able to find one so big, so the client left the next day," Bronkhorst told the paper.

Zimbabwean prosecutors have charged Bronkhorst with killing a lion not authorized to be hunted. The country's safari organization also said the way in which he was lured out of a national park was unethical and possibly illegal. If convicted, Bronkhorst faces up to 15 years in prison.

Prosecutors have yet to charge a second suspect, farm owner Honest Ndlovu, who had been named as an accomplice and appeared in court Wednesday.

Bronkhorst also told the Telegraph that Palmer's party never intended to hunt on the farmland where Cecil was killed, which is adjacent to a national park. He said he group was late getting started on the day's hunting because Palmer's luggage was late in arriving.

"At the last minute I had to divert from a [hunting] concession about eight miles away," Bronkhorst said.

According to the Zimbabwe Conservation task force, during the nighttime hunt, the Zimbabwean men tied a dead animal to their car to draw the lion out of a national park.

Bronkhorst tells the Telegraph he first saw Cecil at around 10 p.m. on the night of July 1, describing him as "a magnificent animal." He said Palmer fired an arrow at the lion, which disappeared into some tall grass.

"Bow and arrow wounds are different to gun wounds, and they don’t show much. But we couldn’t do anything that night," Bronkhorst said. The hunters returned the next day, when Bronkhorst says Palmer killed Cecil with a bow-and-arrow. Only then, when hunters examined the lion's carcass, did they notice Cecil's collar.

"I was devastated," Bronkhorst said. "I could not have seen the collar at night. We would never shoot a collared animal. I was devastated, and so was [Palmer], we were both upset, and I panicked and took it off and put it in a tree.

"I should have taken it to [the Zimbabwe Parks and Wildlfe Management Authority], I admit that. ... We took the head and skin, as the client had paid for the trophy.

Using bait to lure the lion is deemed unethical by the Safari Operators Association of Zimbabwe, of which Bronkhorst is a member. The association has since revoked his license.

Zimbabwe authorities, however, have not announced any charges against Palmer, only saying they want to speak with him and the U.S. embassy was not aware of any extradition requests.