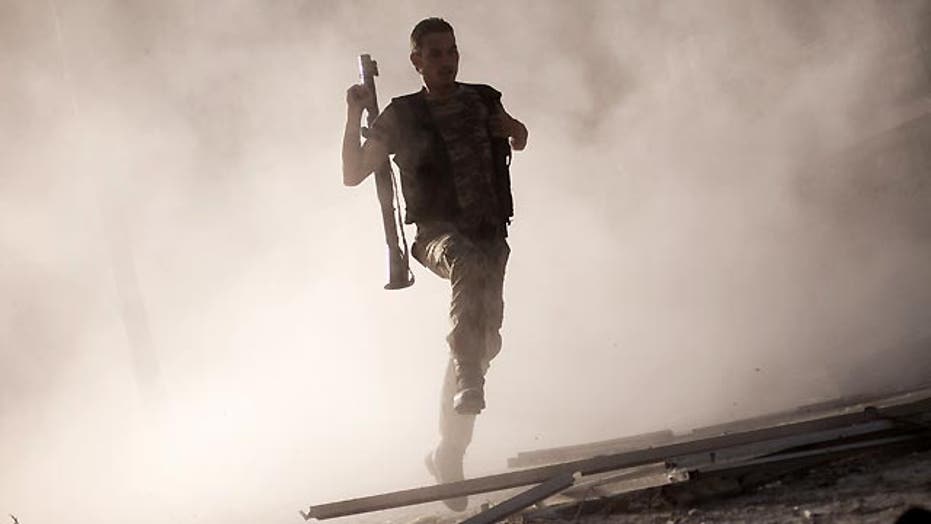 Defense expert Michael W.S. Ryan said Wednesday that destroying Syria's cache of chemical weapons could have "horrifying" consequences, as the U.S. weighs how to respond to reports that hundreds were killed in a poison gas attack in the war-torn country.

Ryan, a senior fellow at the Jamestown Foundation and author of the book, "Decoding Al Qaeda's Strategy: The Deep Battle Against America," warned that should the U.S. try to destroy Syria's chemical weapons, it runs the risk of detonating them in a densely-populated city.

"The problem is if they put them in cities, then we would be responsible - if we were to, let's say, bomb them in some way or send a missile strike against them - [for] creating a horribly toxic cloud over a large group of people," Ryan told KT McFarland on her show, "Defcon 3" on FoxNews.com. "I'm willing to bet that the Syrians themselves, if not the rebels, have them in places where it would be maximum problems."

Syrian activists accused forces loyal to embattled President Bashar Assad of killing hundreds in a gas attack. Syrian state television has denied any use of poison gas by the Assad government.

President Obama has said the use of chemical weapons by the regime would cross a "red line." White House spokesman Josh Earnest said in a statement Wednesday that the U.S. is "deeply concerned" by the reports in Syria and is calling for a United Nations probe.

Ryan says the use of chemical weapons is deeply troubling and presents a new fear that the weapons could be used against Israel or smuggled into Egypt.

"If we see people using chemical weapons, I think we need to put absolute pressure on all sides that we simply won't tolerate it," said Ryan.

Watch the full interview with Michael W.S. Ryan in the video above.