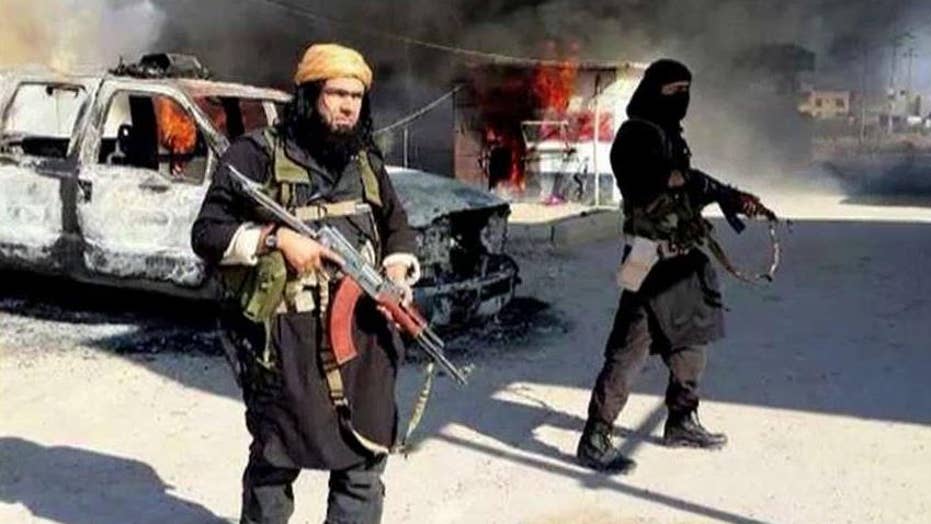 ISIS carries out three major terror attacks in one week

What is driving their strategy and how can they be stopped? Capt. Chuck Nash weighs in on 'America's Newsroom

Citing Iraq's health ministry, the BBC reported 281 people had died. Hospital and police officials told The Associated Press the death toll had risen to 186, with around 20 people still missing. Earlier this week, the death toll stood at 175.

Sunday's bombing was the deadliest terror attack in Iraq in a year and one of the worst single bombings in more than a decade of war and insurgency, and it fueled anger toward Prime Minister Haider al-Abadi.

Many Iraqis blame their political leadership for lapses in security in Baghdad that have allowed large amounts of explosives to make their way past multiple checkpoints and into neighborhoods packed with civilians.

Iraqi forces, supported by U.S.-led coalition airstrikes, have secured a string of victories against ISIS over the past year and a half, retaking the cities of Tikrit, Ramadi and Fallujah, which was declared fully liberated from the extremist group just over a week ago.

But ISIS has repeatedly demonstrated the ability to carry out large-scale operations in territory removed from the front-line fighting.

Al-Abadi issued a statement Sunday condemning the attack and describing the loss of life as a "painful tragedy" that "robbed Iraqis of the delight of their victories against the reprehensible (Islamic State group) in Fallujah."

"These attacks only strengthen our resolve to support Iraqi security forces as they continue to take back territory from ISIL, just as we continue to intensify our efforts to root out ISIL's terrorist network and leaders," White House National Security Council spokesman Ned Price said in a statement, referring to ISIS by an alternative acronym.