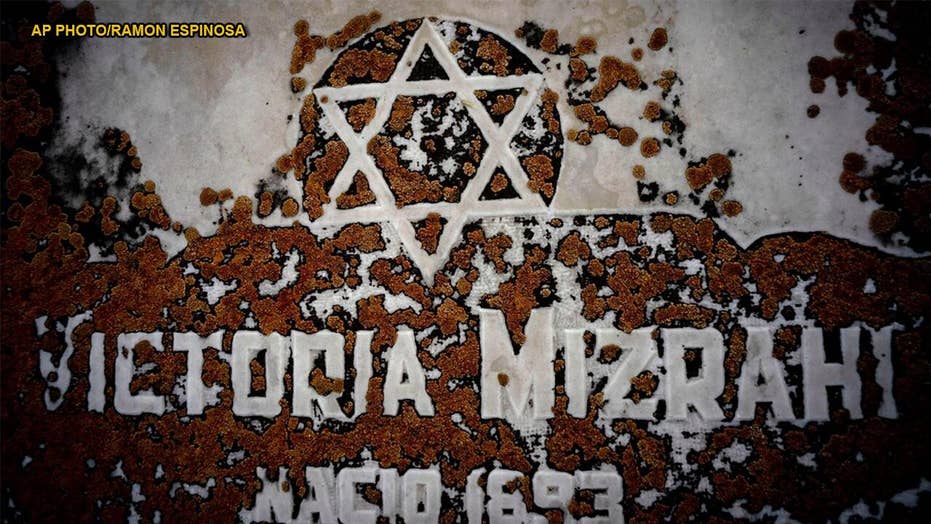 As part of historical restoration efforts ahead of Havana's 500th anniversary, Cuba's oldest Jewish cemetery is getting some much-needed attention. Left in disrepair after Jewish families fled the Communist nation after the 1959 revolution, nearly 50 of the 1,110 Jewish graves have been restored, with plans to restore an additional 150 by the end of 2019.

The oldest Jewish cemetery in Cuba for decades had fallen into disrepair. Marble grave markers are broken, many taken over by plants.

But now, there is a major effort to spruce it up.

Many Jewish families left the Communist country after the 1959 revolution, leaving their dead in accordance with Jewish custom that prohibits bodies from being exhumed unless they are taken to their homeland in Israel. Others abandoned religious traditions amid deep secularism that took hold during the first few years of the Castro government or moved to Israel amid the periodic economic crunches in ensuing decades.

"The people buried here escaped fascism during the war. They're the founders of the community who bought these lands to make it a cemetery," David Prinstein, vice president of the Hebrew board, told the Associated Press. "It has historical and sentimental value."

CORRECTS THE NAME OF THE WAR - The portrait of a young Cuban soldier who died fighting in The Korean War decorates his tomb at a Jewish cemetery in Guanabacoa, eastern Havana, Cuba, June 7, 2019. Many Jewish families left the country after the 1959 revolution, leaving behind their dead in accordance with Jewish custom that prohibits bodies from being exhumed unless they are taken to Israel. (AP Photo/Ramon Espinosa)

About 50 of the 1,100 graves have been restored and a government official says they expect about 150 more to be completed before the end of the year.

The restoration of the Havana cemetery is part of the government-run city historian's office to spruce up Havana ahead of the 500th anniversary of its founding in November and comes at a time when Cuba finds itself struggling with a severe economic crisis, hit with the Trump administration's trade embargo and the halt of Venezuelan shipments of subsidized fuel, leading to a shortage of basic products like chicken and flour.

Havana's east side harbors the long-forgotten Jewish cemetery in the Guanabocaoa neighborhood, which was purchased by the island's first Hebrew society in 1906 and inaugurated in 1910 by Jews and their descendants from Europe, most of whom fled persecution between World Wars I and II. Today, only 1,500 Jews live on the island today, most elderly.

Workers clean the top of a tomb at the Jewish cemetery in Guanabacoa, eastern Havana, Cuba, June 12, 2019. Across the city, streets are being paved, monuments are being polished and historic sites are being restored. (AP Photo/Ramon Espinosa)

"I feel a very great peace and calmness when I visit the cemetery. ... For me it's like being with my mother, my only sister and my nephew," said Adela Dworin, president of the Hebrew Board of Cuba, standing beside a grave adorned with small rocks that are used by Jews to pay homage to the dead.

The rocks, which are believed to symbolize eternity, lie near inscriptions bearing names of the buried. Many have words of consolation written in Yiddish or Spanish and are adorned with the Star of David.

And the cemetery also has a 10-foot monument paying tribute to the six million Jews who died during the Holocaust.