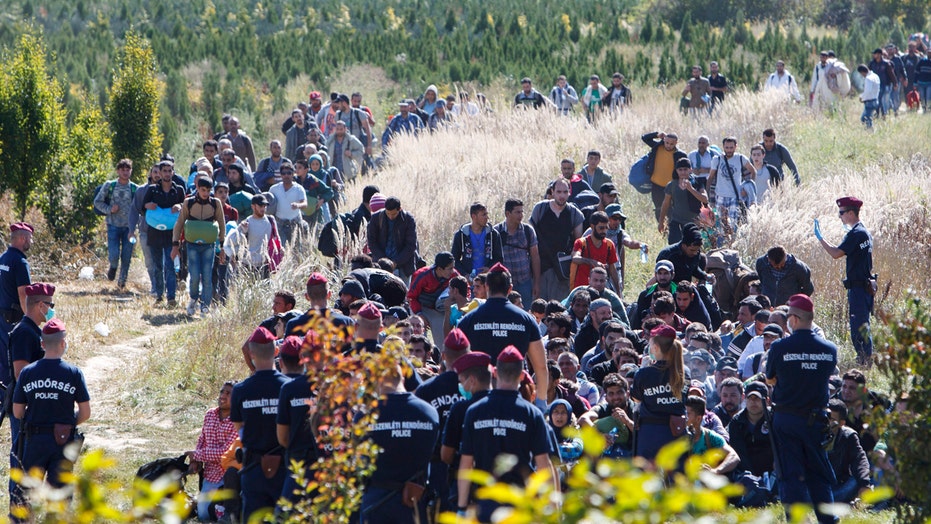 Hungary: Millions of refugees laying siege to our borders

OPATOVAC, Croatia – Croatia set up a migrant reception center in the eastern village of Opatovac on Monday, in hopes of injecting order into the unrelenting chaos that has gripped the tiny Balkan country overwhelmed by thousands seeking sanctuary in Europe.

Some 27,000 people fleeing conflict and poverty in the Middle East, Africa and Asia have entered this nation of 4.2 million since Hungary shut its border with Serbia on Sept. 15. That closure stymied many migrants, who found their way blocked as governments bickered over who should take responsibility for them.

Stung by criticism that it had done little to help the plight of the human wave, Croatian Interior Minister Ranko Ostojic visited the camp and boarded a bus full of asylum seekers. In a rather folksy tone, he introduced himself by his first name and told the group they had nothing to fear.

"You will be here for short time in the camp to take refreshments, foods, what you need and then you will be transported to Europe," he said. "Please follow instructions of the police. Everything will be OK. Thank you."

Police erected a metal fence, dividing the migrants from the media. Exhausted asylum seekers hung their washing on a fence as they recovered from many days spent walking from border to border, hoping to go further north to Germany or Scandinavia.

The new center is expected to register the asylum seekers and then arrange for transport onward. But asylum seekers were worried, even though they've been promised they will eventually be sent to Hungary or Slovenia.

"Now we're waiting for their decision. We don't know what will happen," said Salakh Arbash, 18, from Syria.

But the concession is but a small reflection of the intense pressure countries in southeastern Europe have felt as the influx continues.

The Hungarian government has warned migrants not to enter the country illegally saying it is a crime punishable by imprisonment.

In a full-page advertisement in Lebanon's leading An-Nahar daily Monday, the government said "the strongest possible action is taken" against people who attempt to enter Hungary illegally.

In another reflection of Europe's concerns, Poland's former president, Lech Walesa, said refugees must be ready to respect the rules and religion in predominantly Catholic Poland if they are to be accepted.

The Solidarity founder said that rules for admission are needed, amid fears that over time religious and social problems will emerge.

"If someone agrees to the rules, he is admitted, if not, that's his choice," he said.

The European Union wants Poland and other member states to accept asylum seekers. But some have expressed concern over social cohesion in the influx, which is unprecedented, since it is the first time so many have come from beyond Europe's shores.

The UN estimates that 80 percent of the people entering Europe through the Balkans are from Syria, Afghanistan and Iraq. The other 20 percent are from places including Pakistan, Bangladesh, Burundi and Sub-Saharan African, according to Babar Baloch, a Budapest-based spokesman for the UN refugee agency.

Bassem Mroue in Beirut, Monika Scislowska and Vanessa Gera in Warsaw contributed to this report.