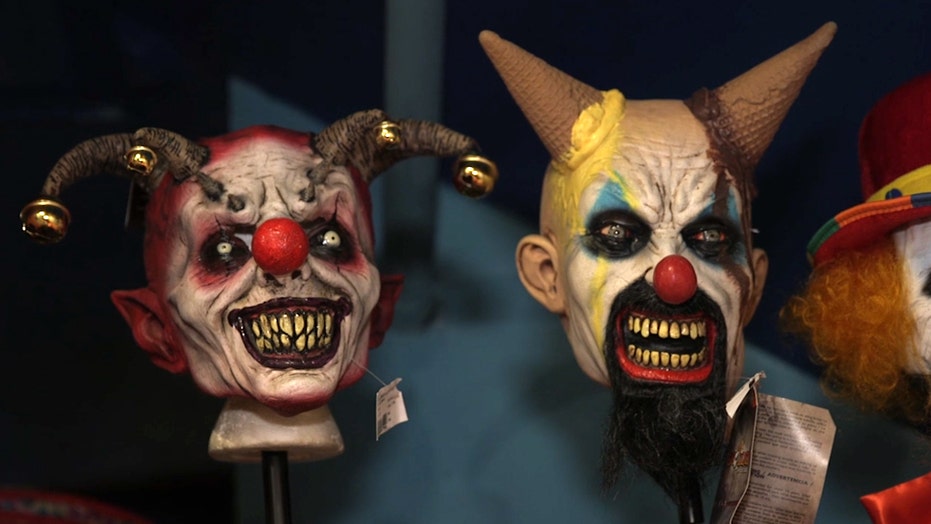 Police in Israel are cracking down on creepy clowns that have been terrorizing people in cities across the country.

There was at least one instance where clowns violently attacked a young girl.

Police said a 10-year-old girl was attacked by two clowns who sprayed her with mace in the southern Israeli city of Beersheba on Tuesday, the Jerusalem Post reported.

The girl's mother said she was at a park with friends when she was attacked by two clowns who sprayed her eyes with a burning substance. When she was taken to a hospital, officials found she was also suffering from burns on her neck.

The child’s father told the newspaper he searched for the clowns, who were thought to be teenage boys, but did not locate them.

Further north near Tel Aviv, police detained a 14-year-old and a 16-year-old on Monday for wearing clown masks and frightening people in a public park in the suburb of Holon, The Times of Israel reported.

Police officers found a hammer in one of the teen's bags that they suspected was used to scare passersby. The two were later released after they confessed and expressed regret, police told the news outlet.

Israel's Channel 2 reported on Monday that residents across southern Israel alerted authorities about similar cases, which have been mostly taking place at night.

“As I was walking down the street on my way home in the middle of the night, someone jumped behind me with a clown costume and yelled at me,” the unnamed resident told Channel 2. “Luckily, I didn’t have a heart attack.”

Police in the northern city of Afula posted on Facebook the creepy activity is part of a trend made popular on social media. Authorities said such actions are illegal and will be taken seriously.

“The concern is that the target of the prank will misinterpret the joke as threatening and will injure the perpetrator,” police said.

“The frightening act and intention behind it is usually not to injure or harm the person or their property. In most situations, the best option is to distance oneself from the area and to report the event to police as quickly as possible,” police posted on Facebook.

The sightings may be linked to the release version of the horror novel "It" by Steven King.

King recently asked people not to overreact to clowns in the real world, saying on Twitter most clowns are good.

"Hey guys, time to cool the clown hysteria--most of em are good, cheer up the kiddies, make people laugh," he wrote.