Yuan, former director of the Research Office of the State Council, passed away in Beijing due to illness at the age of 91, the Chinese state-run media announced. His funeral was reportedly held in Babaoshan, the cemetery for senior Communist figures. (AP Photo)

The infamous Chinese Communist Party propaganda official, Yuan Mu, who defended the regime’s massacre of pro-democracy protesters around Tiananmen Square in 1989, has died.

Yuan, former director of the Research Office of the State Council, passed away Dec. 13 in Beijing due to illness at age 91, Chinese state-run media announced. His funeral was reportedly held in Babaoshan, the cemetery for senior Communist figures.

The late official gained infamy after becoming a spokesman for the communist regime at a time when the Cold War-era communist system was unraveling.

Across the western world, Yuan is mostly remembered for his defense and flat-out denial of what happened at Tiananmen Square in 1989, when the regime opened fire against pro-democracy demonstrators.

Just days after the military crackdown on the protesters, according to the New York Times, Yuan dismissed the regime’s responsibility for the deaths and violence. He later told NBC News that “not one person” died in the square, a claim contested by experts.

While to this day it remains unclear how many protesters died at the square after the military opened fire, most documents indicate the regime’s crackdown led to the deaths of thousands of people.

Yuan denied such claims and told reporters at the time, according to the Times, that around 300 people died, including “troops, thugs and spectators.”

“We are not afraid of this,” he said of the international backlash to his government’s actions. “We Chinese people will not allow them to interfere in China’s domestic affairs, either by condemnations or by sanctions.” 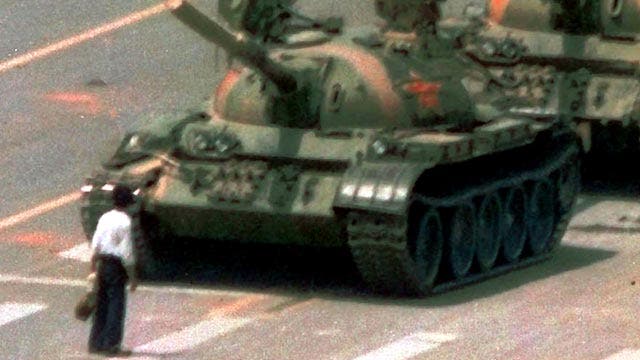 Yuan will also be remembered as a flexible communist official, as he initially defended the student protesters in the spring of 1989 before changing his views and defending the regime’s decision to impose martial law to contain the protesters, the Times reported.

James R. Lilley, the U.S. ambassador to China from 1989 to 1991, told the newspaper that Yuan had been the “hatchet man” of the communist regime’s leadership. He was also known as “reptilian” by the foreign press corps.

Yuan’s death wasn’t widely reported by the state media. Xinhua, the official state-run news agency in China where Yuan once worked, was largely mute and released only a short report. His death came just short of the 30th anniversary year of the Tiananmen Square protests.