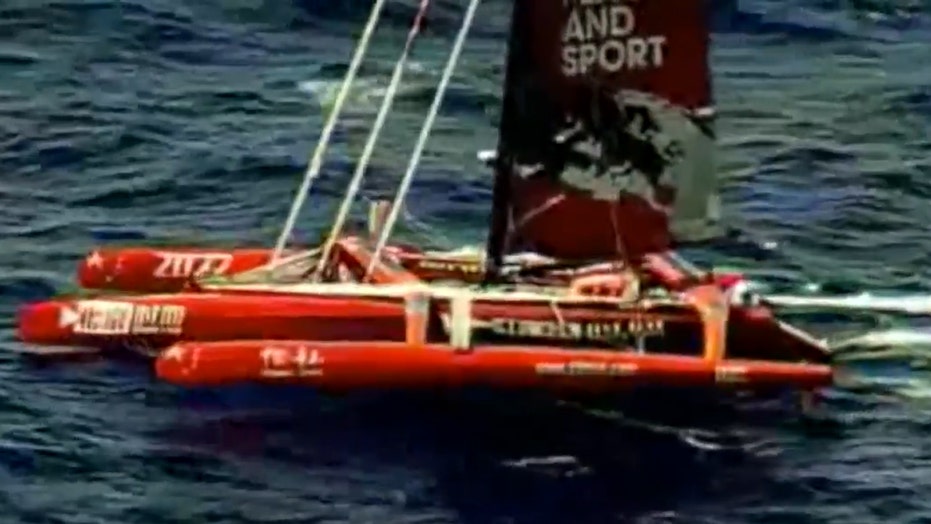 Raw video: Guo Chuan's ship discovered drifting near Honolulu with no one aboard

The U.S. Coast Guard has suspended its search for a Chinese man attempting to set a sailing record after a crew did not find him aboard his boat off the Hawaii islands.

In a statement Wednesday night, the Coast Guard said a crew from the USS Makin Island went aboard Guo Chuan's trimaran about 620 miles northwest of Oahu and only found Guo's life jacket.

Guo, 50, was attempting to set a sailing record from San Francisco to Shanghai.

Guo "was a professional mariner with a deep passion for sailing. Our thanks to our Navy partners who helped us search for this vessel in a timely manner so far from shore in an attempt to locate Mr. (Guo) Chuan. Our deepest condolences go out not only to his family and friends but also to his racing team and the sailing community," said Capt. Robert Hendrickson, who directed the Coast Guard's search.

Guo's sailboat, the Qingdao China, is adrift, and its main sail has been taken down, the Coast Guard said. The Coast Guard says it broadcast a warning to mariners to beware of the drifting boat.

The Coast Guard located his 97-foot trimaran on Tuesday about 600 miles northwest of Oahu.

Guo was the first Chinese person to sail around the world in 2013, according to his website, guochuanracing.com.

Guo left San Francisco on Oct. 18 to challenge the solo nonstop trans-Pacific world record. The current speed record for that journey is 21 days, and he was trying to sail from San Francisco to Shanghai within 20 days, the website says.

In Beijing, the Foreign Ministry said on Thursday that China's consulate general in Los Angeles had alerted the U.S. Coast Guard in Hawaii when it learned that Guo could not be reached. Spokesman Lu Kang said Chinese diplomats had helped in the coordination of the search and continued to monitor the situation.