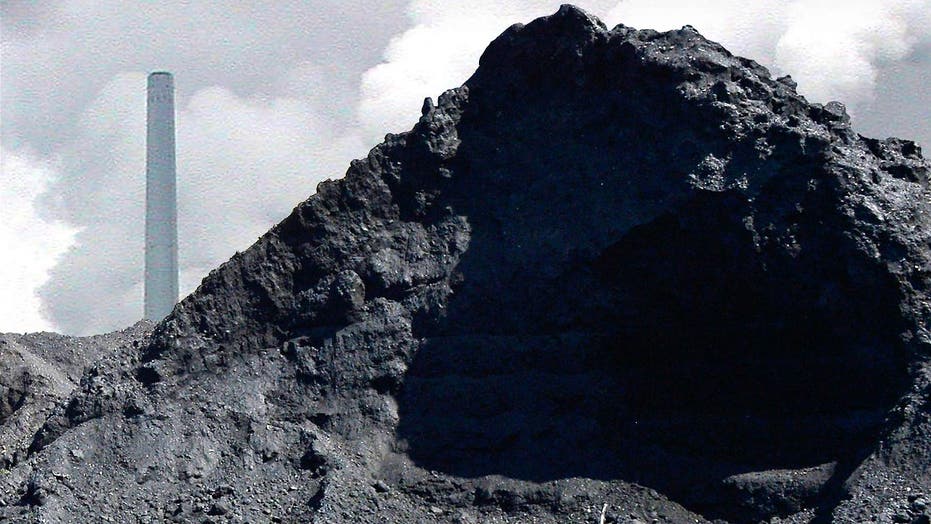 How new EPA regulations ignite the war on coal

The coal industry will be scorned like the slave trade because of the Paris climate deal, and a global population “brainwashed” by the United Nations, the top lobbyist for Europe’s coal industry charged.

In an unusually forceful statement sent out to press and members of Euracoal, the association’s secretary general, Brian Ricketts, lashed out at the talks in which world leaders agreed on huge cuts to greenhouse gas emissions. Euracoal touts itself as “the voice of coal in Europe.”

“The world is being sold a lie, yet most people seem to accept the lie, even if they do not believe it,” Ricketts wrote. “The UN has successfully brainwashed most of the world’s population such that scientific evidence, rational analysis, enlightened thinking and common sense no longer matter.”

"We are witnessing a power bid by people who see the democratic process as part of the problem and have worked out ways to bypass it.”

Oil and gas industry officials have been kinder to the deal, but Big Coal, which has been battered in the U.S. by the Obama administration’s energy policies, sees the deal as unfairly demonizing the fossil fuel.

“The words and legal basis no longer matter," continued Ricketts, a UK-based lobbyist." Fossil fuels are portrayed by the UN as Public Enemy No. 1. We are witnessing a power bid by people who see the democratic process as part of the problem and have worked out ways to bypass it.”

Beleaguered coal industry officials in the U.S. shared Ricketts’ sentiment, if not his harsh tone. Even before the Paris talks, the Obama administration’s hard line on coal has already cost the industry thousands of jobs and nixed construction of new coal-fired power plants.

“I understand Mr. Ricketts' anger,” Bill Bissett, president of Kentucky Coal Association, told FoxNews.com. “We will be very civil in our discourse, but we are very angry in Kentucky.”

Some 40,000 coal-mining jobs have been lost since 2011, and a new “stream protection rule” proposed by the Environmental Protection Agency’s Office of Surface Mining Reclamation and Enforcement could cost another 78,000, according to a study paid for by the coal industry.

“This proposed rule would better protect streams, fish, wildlife, and related environmental values from the adverse impacts of surface coal-mining operations and provide mine operators with a regulatory framework to avoid water pollution and the long-term costs associated with water treatment,” the federal office said in a statement supporting the new rule.

By turning its back on a plentiful resource whose proponents say has the potential to provide clean, cheap energy, the world will have little choice but to embrace nuclear energy, Bissett said. He added that the industry’s best hope to “stop this freefall” is next fall’s presidential election.

“We count the days for this president leaving office,” Bissett said.

Despite the Paris deal’s likely effect on the coal industry in the U.S. and Europe, developing nations like India and China plan to continue their reliance on the fossil fuel. Bolstering the American coal industry is the best way to ensure cleaner technology that could benefit those countries gets developed, said Betsy Monseu, CEO of the American Coal Council.

"The American Coal Council calls on the U.S. administration and other global leaders to use the Paris accord as the foundation to support advanced high efficiency, low-emissions technologies for coal power plants and to accelerate the development of carbon capture and storage technology," the organization said in a statement. "A low emissions future for the world is impossible without such support."

Adopted by the 196 parties of the United Nations Framework Convention on Climate Change, the Paris Agreement sets a target of holding the global average rise in temperature below 2 degrees Celsius above pre-industrial levels. Opponents of coal say it is among the dirtiest of fossil fuels.