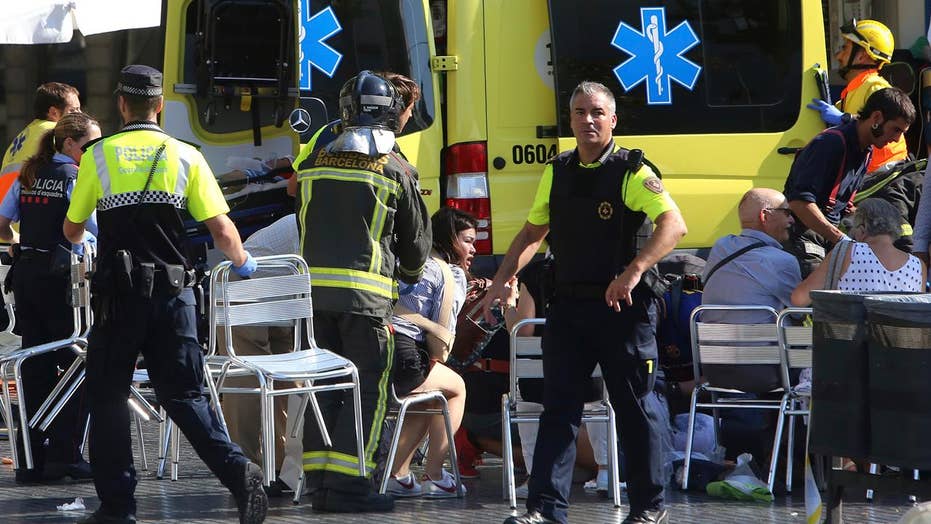 The CIA warned local police in Barcelona two months ago that the city’s popular tourist area, Las Ramblas, could be the target of a terrorist attack just like Thursday’s deadly vehicular attack, a Spanish newspaper reported.

The warning from the American intelligence agency followed repeated vehicular attacks across Europe -- including in London, Nice, Berlin and Stockholm, El Periodico reported, although Fox News has not independently confirmed the report’s contents.

“The CIA warned the Mossos [local police] two months ago that Barcelona, and in particular the Rambla, could be the scene of a terrorist attack like the one that occurred this afternoon,” the report said.

"The CIA warned the Mossos [local police] two months ago that Barcelona, and in particular the Rambla, could be the scene of a terrorist attack like the one that occurred this afternoon.”

At least 13 people were killed when a van rammed into pedestrians along the popular thoroughfare in central Barcelona on Thursday. More than 100 were injured.

Meanwhile, a separate attack in Cambrils, Spain, that reportedly injured at least seven people, resulted in five suspects being killed by police.

The identity of the suspect in Thursday’s earlier attack remained unclear as a large-scale anti-terror operation got underway to find the driver.

Initial reports claimed Driss Oukabir, a French citizen of Moroccan origin, had been detained as a possible suspect, but Spanish media agency La Vanguardia reported that a man with that name told police his identification documents had been stolen.

According to various Spanish media outlets, IDs with the man’s name were found in the van that was used to commit Thursday’s earlier attack. He said his brother could have stolen his documents.

Police announced early Friday that they killed five suspects in connection with a second terror attack in Cambrils.

The suspects launched an attack similar to the one in Barcelona, by driving a vehicle into a crowd of people, police said. State-run broadcaster RTVE reported that seven people were injured, including two seriously.

Authorities said the suspects were equipped with bomb belts.

Police were working to determine if the Cambrils attack was directly linked to the attack in Barcelona and to a Wednesday night gas explosion in Alcanar that left one person dead.